Survival benefit with transradial vs transfemoral PCI a myth? 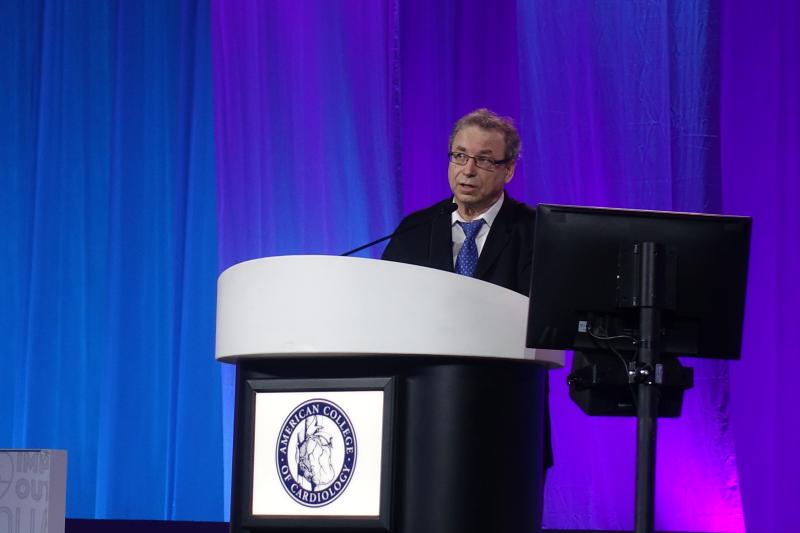 Undergoing primary percutaneous coronary intervention (PCI) through the transradial route did not confer survival benefit at 30 days in patients with acute myocardial infarction compared with the transfemoral approach, contrary to common belief.

Previous trials have suggested that PCI via the transradial approach may reduce bleeding risk and improve survival. However, there has been no definitive evidence from randomized trials and the survival advantage with radial over femoral access in patients undergoing primary PCI remains controversial.

“Based on these findings, we feel you can achieve similar results with either approach if you have an efficient system for getting patients into the procedure quickly and a good team to perform it,” said Dr Michel Le May from the University of Ottawa Heart Institute in Ottawa, Canada who presented the results from the SAFARI-STEMI trial at the 2019 ACC Annual Scientific Session.

The investigator-initiated, multicentre, prospective trial was originally planned to enrol nearly 5,000 patients who were undergoing PCI after STEMI* to detect a level of significance of 0.05 with 80 percent power for the primary endpoint of all-cause mortality at 30 days. However, the study was stopped early after enrolling 2,292 patients (mean age 62 years, 78 percent male) due to futility based on recommendation from the data safety monitoring board. [ACC.19, session 410-08]

The patients were randomized 1:1 to undergo PCI through radial or femoral access based on “best practices” for both approaches, which included use of unfractionated heparin before PCI and majority of patients (91.5 percent) has been loaded with ticagrelor. Most patients also received bivalirudin while glycoprotein IIb/IIIa inhibitors were avoided whenever possible during PCI.

There were no differences in the rates of all-cause mortality at 30 days between the transradial and the transfemoral groups (1.5 percent vs 1.3 percent, rate ratio [RR], 1.15; p=0.69). The finding persisted in subgroup analyses regardless of whether patients were stratified by age, gender, BMI, creatinine clearance, diabetes or whether they received periprocedural bivalirudin or ticagrelor.

Surprisingly, radial access did not significantly reduce the risk of bleeding compared with femoral access, contrary to what was believed to be the main advantage of transradial over transferomal PCI based on previous studies. Bleeding rates were comparable between the two groups regardless of the bleeding criteria used: TIMI minor, TIMI major, BARC 3-5, or transfusion need.

Nonetheless, critics raised that it is difficult to draw any firm conclusions from the trial since it is underpowered due to early termination before complete enrolment of the full planned sample size.

“Our findings suggest that adequately trained operators should be able to achieve similar results using either radial or femoral access for primary PCI,” said Le May. “Furthermore, we believe it is important for interventionists to be familiar with both radial and femoral access in order to be able to shift gears from one strategy to the other without hesitation.”

He explained that although some operators may prefer one approach over the other, there are circumstances which call for a switch of approaches for certain patients, sometimes halfway through a procedure. Therefore, getting routine practice for both methods can be valuable for operators.

Expressing her agreement, invited discussant Dr Claire Duvernoy of University of Michigan in Ann Arbor, Michigan, US said while she usually uses the transradial route for elective patients, she still uses femoral access during emergency STEMI cases when time is critical.

“I think it will be important for medical training programmes to emphasize the need to be proficient at both the radial and femoral access,” said Le May. “It is possible to become deskilled at doing one of the procedures, and a consistent emphasis on one approach over the other can lead to an increase in complications.”