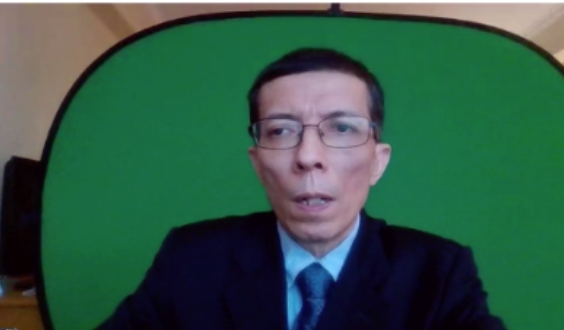 “The trial’s primary endpoint was met. After a median follow-up of 19.3 months in the surufatinib arm and 11.1 months in the placebo arm, median investigator-assessed PFS was 10.9 months for patients receiving surufatinib vs 3.7 months for those receiving placebo, with a hazard ratio [HR] of 0.49 [95 percent confidence interval (CI), 0.319 to 0.755],” reported investigator Dr Jianming Xu of the Chinese PLA General Hospital, Beijing, China. “The PFS benefit of surufatinib was consistent across major subgroups.”

“The trial met the early stopping criteria based on PFS superiority with surufatinib vs placebo observed at the pre-planned interim analysis, and was terminated early on recommendation by the independent data monitoring committee,” said Xu.

“Overall survival data were not yet mature, with follow-up ongoing,” said Xu.

In the trial, median treatment duration was 229 days in the surufatinib arm vs 123 days in the placebo arm. The mean relative dose intensity was 89 percent vs 97.6 percent.

The most common grade ≥3 TEAEs were hypertension (38 percent with surufatinib vs 7 percent with placebo), proteinuria (10 percent vs 2 percent), and hypertriglyceridaemia (7 percent vs 0 percent).

TEAEs led to dose interruption, reduction or discontinuation in 45.1 percent vs 23.7 percent, 38.9 percent vs 5.1 percent, and 10.6 percent vs 6.8 percent of the patients, respectively.

“The significant and clinically meaningful improvement in PFS, together with tolerable safety profile, support surufatinib as a treatment option for patients with progressive, advanced well-differentiated pNETs,” Xu concluded.