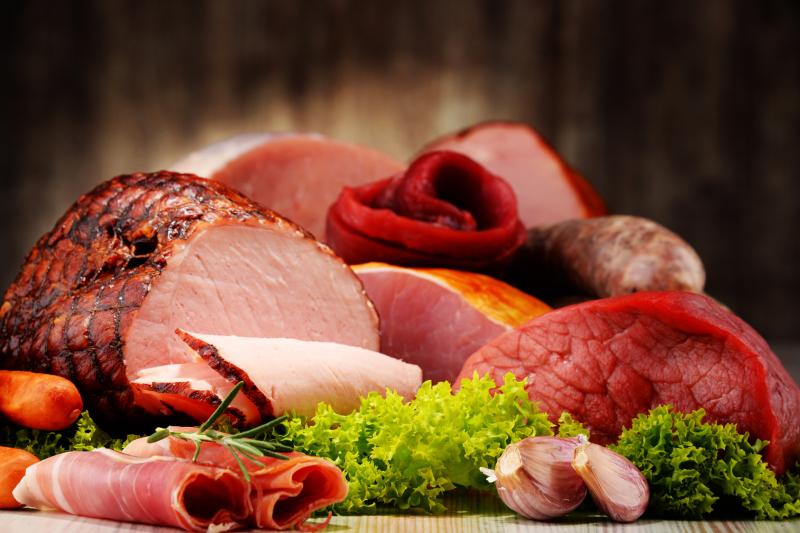 Following a dietary pattern associated with sulfur-metabolizing bacteria in stool may lead to the development of early-onset colorectal cancer (CRC) in women, a study suggests.

The analysis included 59,013 women who underwent lower endoscopy in the Nurses’ Health Study II (NHSII, 1991–2015). All of them completed validated food frequency questionnaires during adolescence and every 4 years thereafter to assess dietary intake.

Researchers looked at long-term adherence to the sulfur microbial diet, a pattern characterized by high intake of processed meats and low intake of mixed vegetables and legumes. This dietary index was defined based on increased abundance of 43 bacterial species involved with sulfur metabolism and was previously linked to CRC development.

A total of 2,911 cases of early-onset adenoma occurred during the follow-up. Multivariable logistic regression analysis confirmed that higher sulfur microbial diet scores contributed to a 31-percent increase in the risk of early-onset adenomas (intake quartile 4 vs 1: odds ratio [OR], 1.31, 95 percent confidence interval [CI], 1.10–1.56; ptrend=0.02) but not serrated lesions.

Women in the highest vs lowest quartile of sulfur microbial diet scores had greater odds of developing early-onset adenomas with greater malignant potential. The corresponding OR for villous/tubulovillous histology was 1.65 (95 percent CI, 1.12–2.43; ptrend=0.04).

Results for early onset-adenoma were consistent in an analysis based on diet consumed during adolescence. Conversely, there was no clear association for adenomas seen after age 50 years.