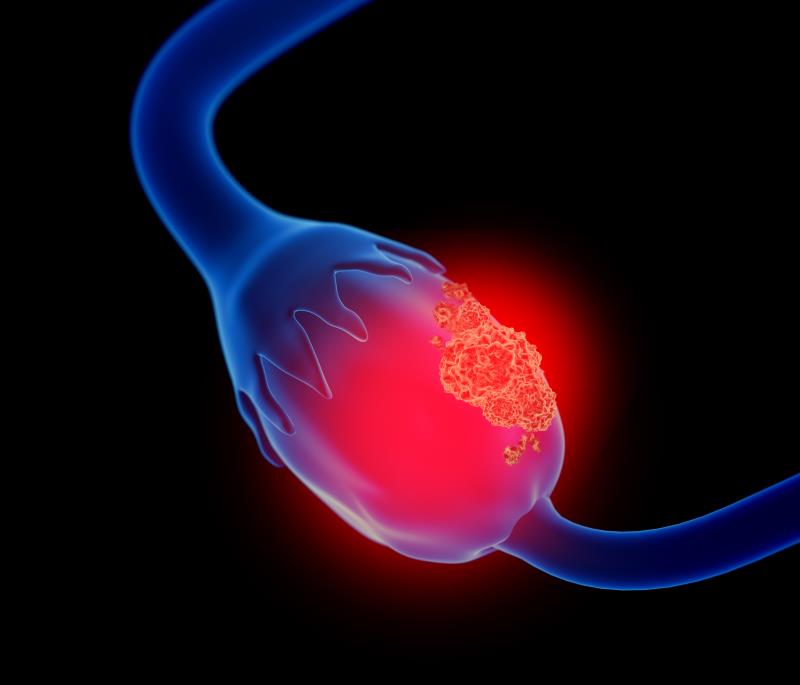 About 85 percent of women with advanced OCa experience recurrence after CT, and most do not have an effective treatment alternative to reduce the risk of progression or mortality following CT. [Nature 2011;474:609-615]

While bevacizumab may be added to CT, eligibility for its use is limited by safety issues and lack of data on 1L use. [N Engl J Med 2011;365:2473-2483; Lancet Oncol 2015;16:928-936] The team thus sought to evaluate the efficacy of niraparib in newly diagnosed OCa considering its benefit in recurrent OCa after CT.

The study comprised 733 women (35 percent stage IV, 67 percent received neoadjuvant CT) with newly diagnosed, histologically confirmed advanced OCa, including those with partial response (31 percent) to platinum-based CT. Of these, 51 percent were Hr**-deficient and 34 percent were Hr-proficient. Patients were randomized 2:1 to receive oral niraparib*** or placebo in 28-day cycles for 36 months or until disease progression. [N Engl J Med 2019;381:2391-2402]

These findings indicate that niraparib improved PFS regardless of Hr status, and correlated with those observed in the overall cohort (median, 13.8 vs 8.2 months; HR, 0.62; p<0.001).

“In the [Hr-proficient] subgroup … the longer median [PFS with] niraparib … supports the hypothesis that niraparib has mechanisms of action other than those involved in … DNA damage [repair],” said the researchers.

The study comprised a high-risk group deemed incurable with CT alone, the researchers pointed out. “[O]ur primary hypothesis was that the clinical benefit of 1L … niraparib could be extended to all patients with advanced OCa … [Our study confirms that] the benefit of niraparib [did extend to a broad group of women] who were receiving neoadjuvant CT, have not been included in phase 3 trials of bevacizumab#, and have limited or no treatment options beyond CT,” said the researchers.