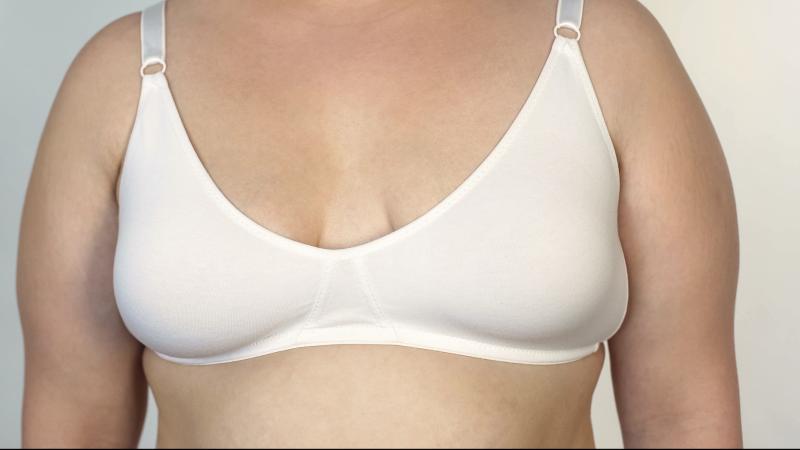 “Awareness of these issues by cardiologists, ICD-technicians, and nurses is important as adequate counseling could amend many of the described issues,” the researchers said. “Above all, implanters could use bra position during preimplant marking, as this is expected to result in a major benefit for the female S-ICD patient population.”

The present study was a qualitative survey of 52 women S-ICD recipients (mean age, 47.4±12.5 years), who were given a questionnaire which assessed physical, aesthetic, and situational issues regarding the implant. The questionnaire consisted of three open questions and 17 items on quality of life that participants could answer through a five-point Likert scale.

Overall, majority of the respondents thought very highly of the S-ICD implant. Eighty-five percent said they had good trust in their device, while only 10 percent answered negatively to >20 percent of the questions. [Int J Cardiol 2020;317:91-95]

All patients, however, reported postoperative pain, described as wound and muscle pain, and in most cases lasted for more than a week to a month. More than half said this pain exceeded their expectations. Thirty-one percent noted discomfort when lying or leaning against the device, and many patients said that they try to avoid putting direct pressure on the generator.

Almost half of the patients reported feeling daily discomfort caused by their bra. This was mostly from the sideband pressing on the generator or from the pressure of the underwire of the left cup on the lead. All respondents noted that they were still searching for the ideal bra. Some had resorted to sports bras or nursing bras for comfort.

Many women also thought that the implant was prominently visible, but not so to others. Six participants said that the device altered their self-perception and caused insecurity in social situations.

“As they explained, the S-ICD is a daily reminder of their cardiac disease, which makes them feel less attractive. However, most of them also emphasized that they realized the need for the device,” according to the researchers.

There were also sex-specific situational issues. Thirteen participants had an S-ICD implant while pregnant, of whom four reported experiencing problems. These included pain during movement of the child and breast engorgement during breastfeeding. In addition, 14 women reported unpleasant feelings during intimate contact with their partners.

In terms of device feedback, most of the participants noted that they would prefer a smaller and flatter S-ICD generator. There were also suggestions to consider bra positioning during the implantation procedure, moving the S-ICD to a more cranial and posterior position.

“This is the first study focused on the physical, aesthetical, and situational issues and challenges related to the S-ICD implantation in female patients, and it provides a valuable insight in the issues that they experience daily,” the researchers said.

Future research may build upon the present findings to improve care for women with S-ICD implants, they added.