Every-2-month cabotegravir + rilpivirine feasible for HIV treatment
Pearl Toh, 27 Mar 2020
Every-two-month injections of the long-acting cabotegravir + rilpivirine were noninferior to once-monthly injections for virologic suppression at 48 weeks in people living with HIV*, according to the ATLAS-2M** study presented at CROI 2020 — thus providing a potential option with more convenient dosing. 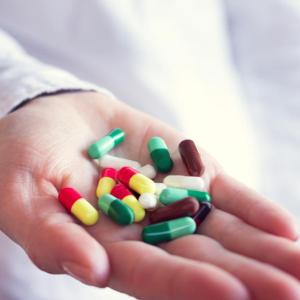 Hydroxychloroquine plus azithromycin may help cure COVID-19 patients
Stephen Padilla, 31 Mar 2020
Treatment with hydroxychloroquine appears to significantly reduce viral load in patients with the novel coronavirus disease (COVID-19), with its beneficial effects reinforced by adding azithromycin, results of a recent study have shown. 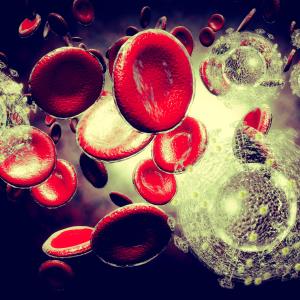 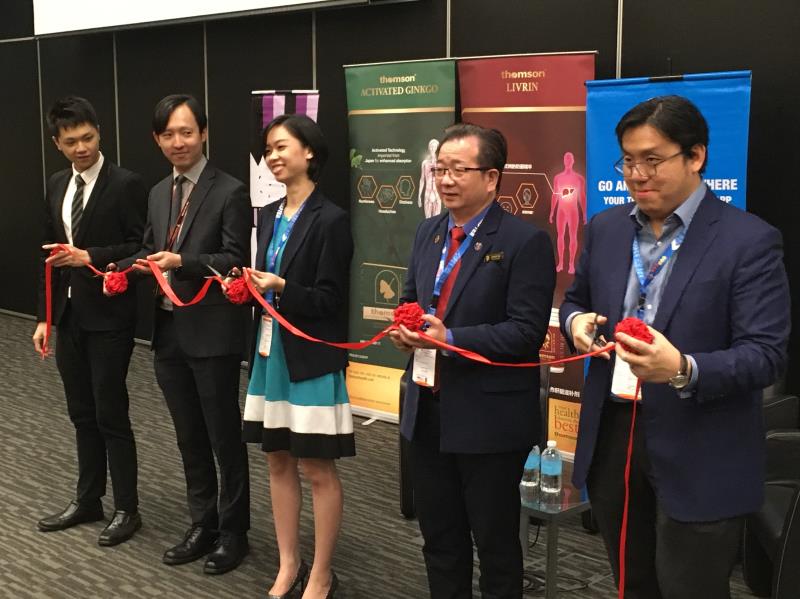 Lim (first from right) with other representatives of the Malaysian Pharmaceutical Society (MPS) officiating the opening of the Pharmaceutical Industries Pharmacists Insights 3.0 (PIPI 3.0) conference.

As a pharmacist, Lim Jack Shen wears many hats: vice-president of the Federation of Asian Pharmaceutical Associations (FAPA), honorary treasurer of the Malaysian Pharmaceutical Society (MPS),  assistant general manager of business development at Berjaya Corporation, and  ‘passionate evangelist for pharmacy’ at Tigas Alliance Pharmacy. For this issue of MIMS Pharmacist, Lim talks about his experiences with developing MyTigas Alliance, a collaboration of independent community pharmacies for providing group healthcare services.

Could you explain what the MyTigas Alliance is?

We’re what would be called a ‘banner group’ in Australia. It’s not exactly a co-op; those imply a sharing of equity. A banner group is a loose alliance of pharmacies where a central company helps provide branding, products, and services for individual fee-paying members, who then have the ability to operate and be identified as part of the group.

In the case of MyTigas Alliance, our banner group branding is essential as we are considered a panel for delivering pharmacy benefits services for corporations in Malaysia. We do this by aggregating prescriptions from clinics, providing corporations with better direct-to-employee dispensation for long-term medication. We can deliver at least 30% in cost savings for corporations which reimburse employees' chronic illness medications.

Was there pushback from existing healthcare providers?

There’s a company, which we currently work with to help them manage [employees] with long-term medication; when we first went in with a proposal, the doctors on their panel were initially unhappy, but they later realized it would give them the opportunity to be freed from issuing medications every month.

As we only work with long-term medications, which are driven by repeat prescriptions, we now work quite closely with them; the doctors issue prescriptions with one to two repeats depending on the case, and we issue the medications.

In the long run, it’s not only proven more cost-effective for the corporations in terms of direct drug costs, but also allows the doctor to spend more time in consultation. Admittedly this is what has frustrated me about the pushback from doctors about [dispensing separation]. They’re worried about the loss of income from providing medications. But the reality is that they’re already losing out, because many companies and patients themselves want to stretch their funds.

Many companies are putting caps on medical benefits at maybe RM1,000 per year, so patients will go see a doctor, get the initial round of medication, then go to some of [the low-cost pharmacies] and just buy the subsequent rounds from them without a prescription. They don’t go back to the doctor.

What happens then is three bad things: one, the doctor loses the patient, because they’re buying medication on their own without a prescription. Two, proper pharmacies who want to control medication safety also lose out to the low-cost pharmacies. Three—and the most important—long-term medication needs monitoring and optimal doses change. What you take today may not be what you need for your blood pressure control in a year’s time.

Ultimately what happens is the patient is more likely to be admitted to a hospital for further treatment for a poorly controlled condition, and the cost then goes back to the company, and the medical costs are blown out of the water.

That’s the reason why we do what we do at MyTigas Alliance. What we’re trying to do is create an environment or ecosystem where the doctor prescribes, the pharmacists dispense, but they come together to manage medications for the patients and the companies in a more cost-effective way for everyone. Having small independent community pharmacies join the programme provides accessibility to pharmacy services. It’s a small-scale model of what dispensing separation could look like if it were implemented at a larger scale. 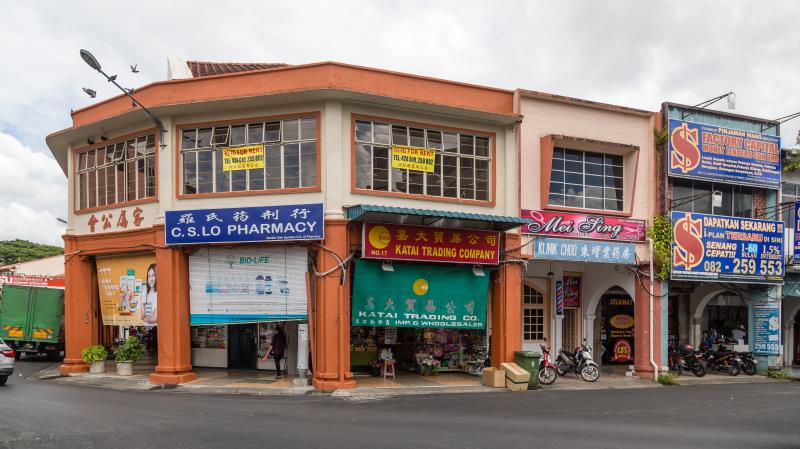 MyTigas Alliance is driven by a membership-cooperative framework, with a proprietary dispensing platform that allows pharmacy members to participate in the dispensing of prescriptions collected from corporate employees for long-term medications.

The concept started in 1999 as a joint buying/wholesale organization which then went into community marketing and branding, so there was a time where you would see member pharmacies take on the Tigas associative branding. We’ve also made it so that members can keep their own store names; they just need to add some smaller decals indicating ‘MyTigas Alliance Member’ at their locations. The decals link employees to nominated pharmacies where their medication may be dispensed.

On the other hand, the ‘Tigas Alliance’ brand may also be directly licensed, and in the case of Berjaya Pharmacy Sdn Bhd, a subsidiary under Berjaya Corporation, its core chain pharmacies operate as Tigas Alliance Pharmacy by way of a brand licence. These selected stores were spun off from Cosway (M) Sdn Bhd, where I was head of pharmacy when [those stores] were named Cosway Pharmacy.

What does Berjaya get out of the MyTigas arrangement?

We realize that pharmacy shouldn’t be a commodity or a retail trade. Pharmacy should be all about patient-centred care based on the patient-pharmacist relationship. And while we could build pharmacies of our own around that philosophy, another route is building an ecosystem where everyone—healthcare providers, patients, organizations—can benefit.

For us, it’s also easier to bring multiple members together and talk to corporations. Instead of saying, “We own this number of stores,” we can say, “Here’s the network we have within this ecosystem.” You’ll notice we’re hardly in malls; MyTigas alliance pharmacy members tend to be more community-situated standalone pharmacies.

How could umbrella members be assured they wouldn’t be undercut by the core chain?

That’s a fair enough question. For one, Berjaya Pharmacy [Tigas Alliance Pharmacy] has a limited number of stores—around a dozen—and no intention of expanding at present. How to put their mind at ease ... that’s tough to answer. What I can say is that when we do things [as MyTigas], it’s for mutual benefit.

For example, when we have corporate programmes, we channel the customer base from those to the MyTigas Alliance member’s independent pharmacy. It’s a win-win situation for the pharmacist, who now has patients from corporate programmes going to them without needing to go and do the negotiations directly with that corporation. They’ll know there’s a set cost, and they’ll know exactly what they’re going to get when they treat a patient. So the independent [pharmacies] are also exposed to less risk.

As for Berjaya Pharmacy, we simply don’t have to build so many stores to achieve a certain level of order fulfilment. My work is to instead focus on managing the customer base within the companies involved.

Another thing is that MyTigas Alliance is currently in the process of acquiring and launching our own branded products, or products exclusive to the MyTigas Alliance network. We’re not compelling members to buy them, but if they think it’s worthwhile they can sell them at their stores, with no worries about price war on those items because they would be part of the ecosystem. 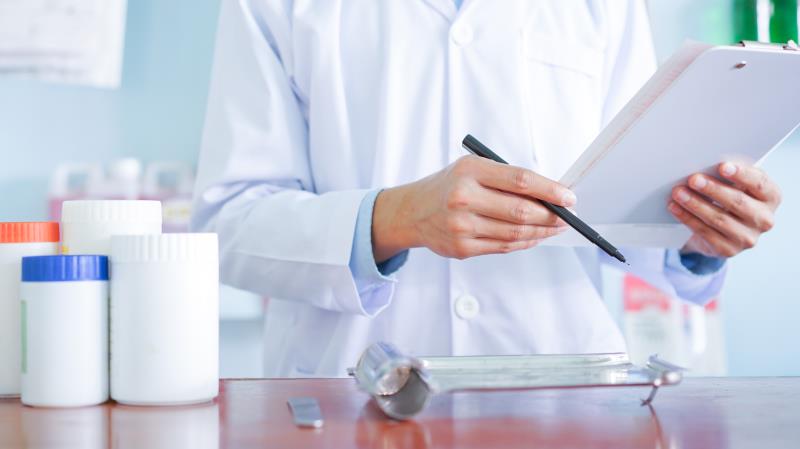 Tell us a bit about your background.

My father is an industrial pharmacist himself who worked for multinational pharmaceutical companies before starting his own manufacturing plant. He was also a former vice president of the Malaysian Pharmaceutical Society (MPS) and one of its longest-serving council members, being there 17 years or so.

I graduated in 2003 from Monash University in Melbourne and worked for a couple of years there; my first job was in hospital pharmacy at Western Health. When I came back to Malaysia, it was in the last year before compulsory training started. I worked in a factory doing formulation and lab work, as well as dispensing active ingredients, before moving to sourcing, sales, and marketing.

After that, I started working in medical affairs for a nutrition company based in Bangi before starting my own company selling dietary supplements with my own product range. I joined the Berjaya Group in 2011 and was assigned to Cosway Pharmacy, which in 2016 was split off [from Cosway] and took on the brand of Tigas Alliance Pharmacy.

Was there family pressure to become a pharmacist?

Of course! There was definitely an expectation although I must admit I almost became a medical doctor. It may be surprising to many but my first love is architecture. But you know, growing up in a typical Chinese family, there was always pressure to do something more in the normal ‘professional’ vein … this was also in the 90s when the financial crash had just hit, so it seemed like a bad time to get into construction-related fields.

My academic choice had always been medicine. But at the last minute, my dad gave me a speech about how the pharmacy degree is more interesting and more widely usable … “as a doctor you’ll always work as a doctor, but with pharmacy you can go into industry, production, and many other places.” That’s why I chose pharmacy.

Have you regretted that decision?

As a matter of fact, no. You could say I took another route, because instead of becoming a doctor I married a doctor.

Did you make a conscious choice to go into management over frontline work?

In a way, it’s how things ended up. I did enjoy my frontline experience, especially in clinical pharmacy. Every case was an interesting puzzle you had to put together and take apart … I think that’s why a lot of Malaysian pharmacists look at clinical pharmacy as their area of interest. I just ended up being in management over the years.

I’m not sure I would go back to clinical pharmacy at this point. If I did, in Malaysia, it would be in a government hospital, because as far as I know—and I do stand to be corrected—not a lot of pharmacy services in private hospitals offer expanded clinical roles for pharmacists. The roles are still very supply-based rather than having expanded pharmaceutical services like medication therapy adherence clinics (MTACs). Whereas in Australia, we were doing services like therapeutic drug monitoring (TDM), adjusting doses of antibiotics.

Maybe the next step for me is to move from management to public health—which is an area of interest for me. 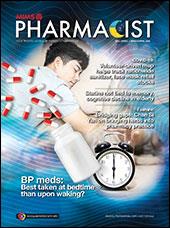 Every-2-month cabotegravir + rilpivirine feasible for HIV treatment
Pearl Toh, 27 Mar 2020
Every-two-month injections of the long-acting cabotegravir + rilpivirine were noninferior to once-monthly injections for virologic suppression at 48 weeks in people living with HIV*, according to the ATLAS-2M** study presented at CROI 2020 — thus providing a potential option with more convenient dosing.

Hydroxychloroquine plus azithromycin may help cure COVID-19 patients
Stephen Padilla, 31 Mar 2020
Treatment with hydroxychloroquine appears to significantly reduce viral load in patients with the novel coronavirus disease (COVID-19), with its beneficial effects reinforced by adding azithromycin, results of a recent study have shown.