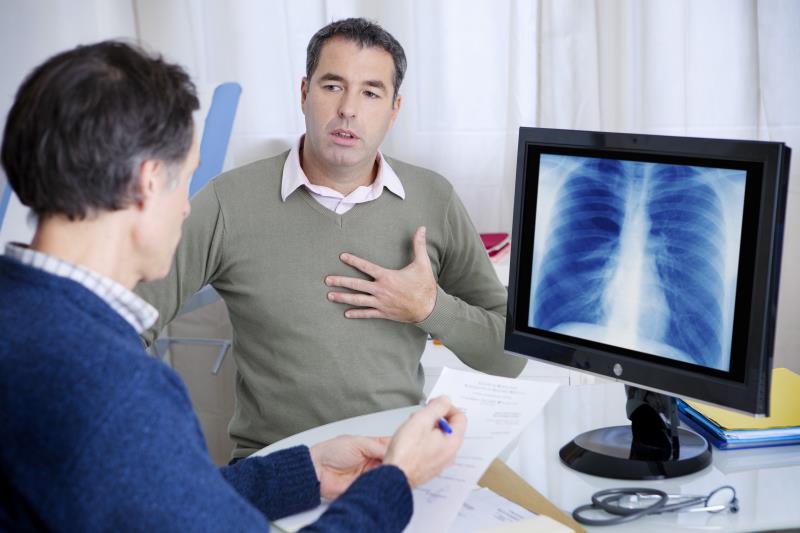 Study participants were 295 adults (mean age 56 years, 59 percent female) with severe eosinophilic asthma who had received mepolizumab continuously** for ≥3 years and had completed and remained on asthma control treatment throughout the open-label COLUMBA or COSMEX trials***. Patients who were current smokers and had <80 percent adherence to asthma control medications in the abovementioned trials were excluded. After screening and open-label phases, the patients were randomized 1:1 to either continue mepolizumab or stop mepolizumab and switch to placebo.

Patients had asthma for a mean duration of 24 years and a mean 0.7 exacerbations in the previous year. Prior to randomization in COMET, they had received mepolizumab for a median 44 months (1,145 patient-years). Thirteen percent of patients were on oral corticosteroids at baseline (median 5 mg/day).

The incidence of exacerbation requiring ED visit or hospitalization (5 percent [stopped mepolizumab] vs 7 percent [continued mepolizumab]) or hospitalization (4 percent vs 1 percent) was rare in both groups. “It is possible that physicians may have switched patients to open-label mepolizumab (from either double-blind placebo or mepolizumab) before a more severe exacerbation occurred,” suggested study author Professor Wendy Moore from the Wake Forest School of Medicine, Winston-Salem, North Carolina, US.

“Differences in efficacy outcomes were seen from week 12 (16 weeks after the last dose),” noted Moore.

Prior to this study, there was no data on the impact of stopping treatment after 1 year of therapy with mepolizumab, said Moore.

“[In COMET,] patients with severe eosinophilic asthma who stopped long-term (≥3 years) mepolizumab treatment [experienced] an increase in exacerbations and shorter time to first exacerbation, a reduction in asthma control, and an increase in blood eosinophil counts back to pre-treatment levels [vs those who continued],” she said.