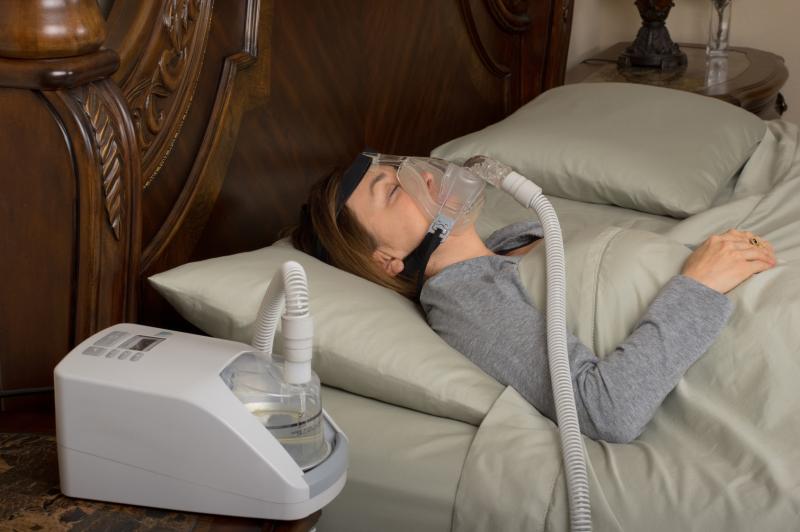 The cut-off value of the STOP-BANG, a simple screening tool for obstructive sleep apnoea (OSA), for neck circumference can be maintained at 40 cm in Asian males but should be lowered to 35 cm in Asian females, according to a Singapore study.

The researchers conducted a retrospective analysis of all patients suspected of having OSA who underwent a diagnostic polysomnography at a tertiary sleep centre in Singapore over the course of 1 year. They measured the neck circumference, which was then correlated to the presence of OSA.

The optimal cut-off value for screening OSA in Asian patients was obtained by performing a receiver operating curve.

Overall, 1,003 polysomnograms were conducted over 1 year, and 591 patients with OSA were included in the analysis. A total of 298 post-treatment follow-up studies and 98 titration studies were excluded.

The mean neck circumference of patients with normal studies was 37.1 cm, while that of those with mild, moderate and severe OSA was 39.6, 40.7 and 42.3 cm, respectively.

“The Caucasian cut-off value for neck circumference of 43 cm in males and 41 cm in females has poor sensitivity of 38.3 percent and 24.1 percent, respectively, for screening for OSA in Asians,” the researchers said.

“This finding is not surprising considering that structural differences have been described between Asian and Caucasian airways, and Asians have a narrower neck circumference and lower body mass index compared to Caucasians for the same severity of OSA,” they added. [Sleep 2010;33:1075-1080]

In males, a cut-off value of 39 cm provided a sensitivity of 83.4 percent and specificity of 53.1 percent. With the existing cut-off value of 40 cm, the sensitivity could decrease to 71 percent. However, this value is easy to remember, convenient to use and has been validated when used along with other STOP-BANG parameters in the Asian context, according to the researchers. [Sleep Breath 2010;14:371-376]

“For these reasons, we propose to maintain the current cut-off values for males at the cost of a slightly lower sensitivity,” they said.

On the other hand, using the existing cut-off value for females would result in a sensitivity of just 31.9 percent. The optimal value for females found in this study was 35 cm, which is closer to the proposed Thai cut-off of 36 cm. [Neurol Int 2016;8:9-11]

“Females are known to have smaller neck circumference, lesser soft tissue bulk and different distribution of fat in the neck compared to males,” the researchers said. “Thus, the cut-off neck circumference value used for screening females should be lowered.” [Chest 2003;123:1544-1550; Thorax 1999;54:323-328]