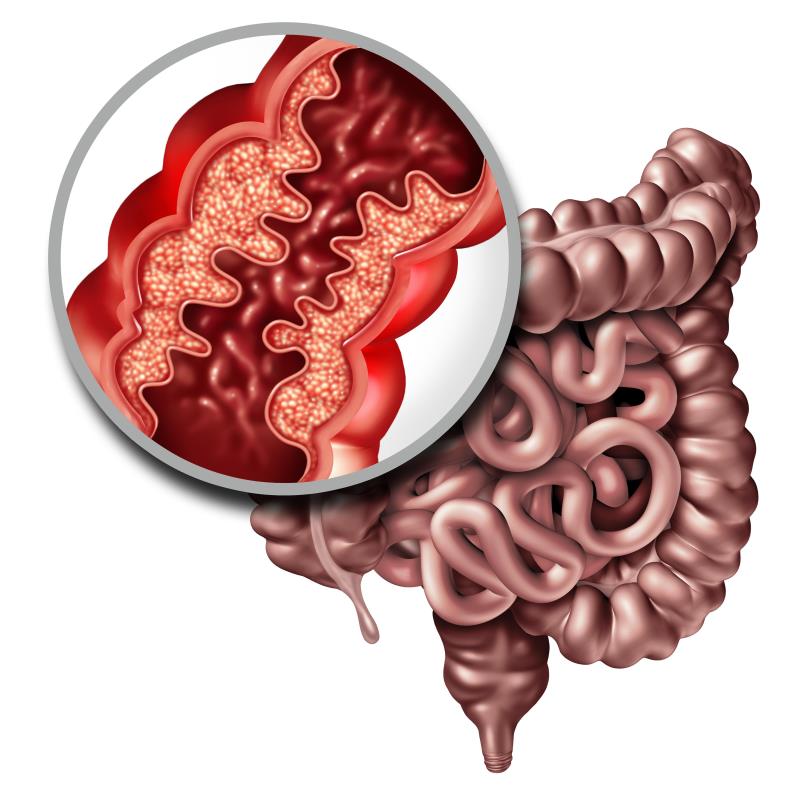 For Crohn’s disease (CD) patients, achieving a complete and sustained clinical remission off steroids does not necessarily translate to a lower likelihood of experiencing progression, according to data from the TAILORIX trial.

The analysis included 95 CD patients (median disease duration 4.5 months, interquartile range [IQR] 1.0–56.6) who participated in the TAILORIX trial and received infliximab in combination with an immunosuppressant for 1 year.

Of the patients, 45 (47 percent) achieved the primary endpoint of sustained corticosteroid-free clinical remission from weeks 22 through 54, without any evidence of ulcers on ileo-colonoscopy at week 54.

Additional prospective trials are needed to define the therapeutic goals required to change the natural course of CD and prevent complications.