Statin does not prevent recurrence in high-risk patients undergoing prostatectomy 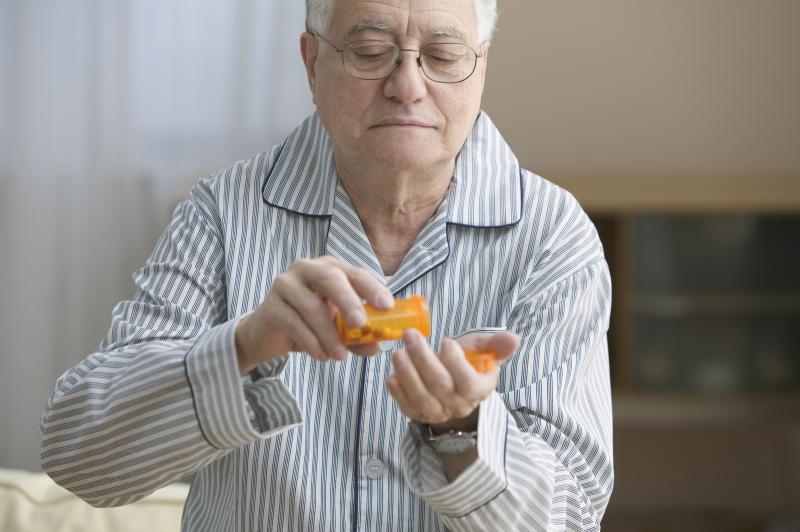 Use of atorvastatin for a year appears to confer no benefit for the risk of disease recurrence among prostate cancer patients with high-risk pathologic features who have undergone radical prostatectomy, a study has found.

A total of 364 patients were randomized to receive either low-dose atorvastatin (20 mg/day; n=183) or placebo (n=181) for 12 months following radical prostatectomy. The primary efficacy endpoint was the 1-year biochemical recurrence rate. The 5-year biochemical recurrence-free survival as well as changes in lipid, testosterone, and sex hormone binding globulin levels were also evaluated as secondary endpoints.

Recurrence at 1 year following randomization occurred in 59 patients overall, including 30 (16.4 percent) in the atorvastatin group and 29 (16.0 percent) in the placebo group. Multivariable Cox proportional hazards analysis showed that atorvastatin did not produce a significant reduction in the primary endpoint of 1-year biochemical recurrence (hazard ratio [HR], 0.96, 95 percent confidence interval [CI], 0.58–1.60).

Over a median follow-up of 24 months, 131 patients experienced biochemical recurrence (68 with atorvastatin and 63 with placebo), with the corresponding Kaplan–Meier estimated event rates of 24.0 percent and 25.4 percent in the atorvastatin and placebo groups, respectively. The HR for recurrence at 24 months associated with the statin vs placebo was 1.00 (95 percent CI, 0.71–1.41).

There were no significant between-group differences seen in the testosterone and sex hormone binding globulin levels.