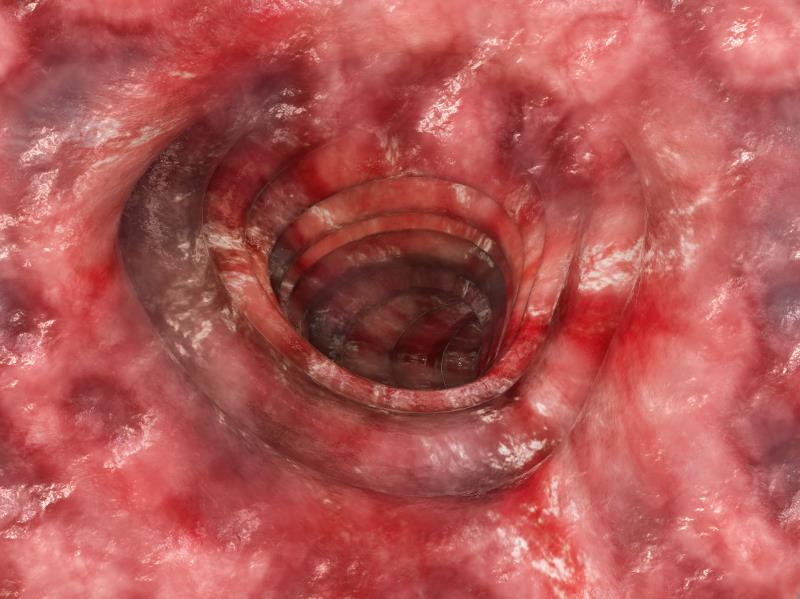 Starting vedolizumab early after the diagnosis of ulcerative colitis (UC) appeared more effective than delaying it to after initiation of other UC treatments, according to the RALEE study.

Of 1,300 patients treated with vedolizumab, 88.8 percent of those who received the drug within 30 days of UC diagnosis responded to treatment compared with 70.1–79.8 percent when vedolizumab was given only after one or multiple therapies, said study author Dr Noa Krugliak Cleveland from the University of Chicago Medicine in Chicago, US.

“UC is progressive, and perhaps by us wasting time or having the disease course go on for a while prior to the initiation of vedolizumab does have an impact on the treatment response,” she told her audience at CCC 2022.

There was no significant difference in the likelihood of vedolizumab response for patients who first received corticosteroids and 5-ASA (OR 0.51).

Do not delay vedolizumab

Newly diagnosed UC is frequently treated with the above-cited traditional therapies. What is known now is that delaying initiation of biologic therapy may result in suboptimal outcomes, Cleveland pointed out.

When asked if it were possible that some of the newly diagnosed patients in the study “might have been people who had been stable in remission on vedolizumab, and then just changed insurance,” Cleveland said a washout period of 1 year was included to ensure patients were not on biologics previously.

The researchers used the MarketScan Commercial Claims and Encounters database and the Medicare Supplemental database to identify adult patients with UC  who had at least one vedolizumab claim and 12 months of enrollment prior to and after their initial diagnosis.

The main outcome assessed was the response among early vs delayed vedolizumab recipients. Patients were deemed to have responded to treatment if none of the following events occurred within 60 days of starting vedolizumab: discontinuation, increased vedolizumab administration, a treatment switch, starting new concomitant corticosteroids, or no IBD-related surgery.

Patients had a median age of 43; 51 percent were male. Nearly all had commercial insurance.

Compared with any of the delayed vedolizumab treatments groups, patients who received early vedolizumab had a significantly higher likelihood of response.

“Our findings are consistent with clinical guidelines that recommend the use of vedolizumab for induction of remission in patients with moderately-to-severely active UC,” said Cleveland. “Further analyses of remission, health care resource utilization, and associated medical costs are underway.”