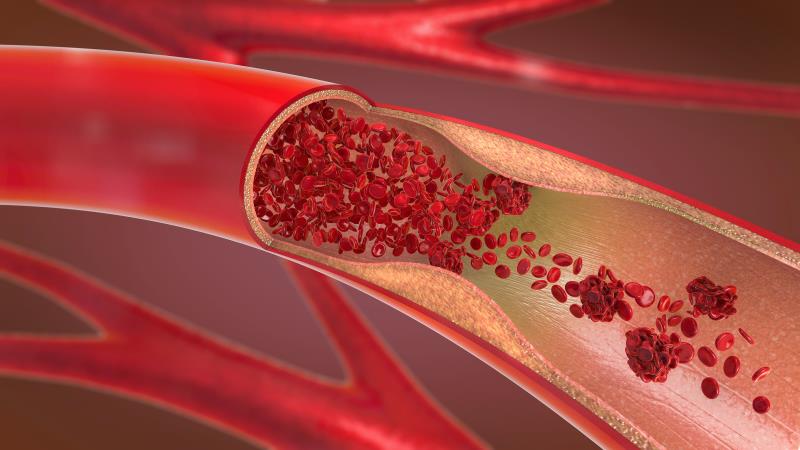 Taking oestradiol therapy within 6 years after the start of menopause significantly delayed lipid plaque buildup in arterial walls — a leading cause of atherosclerosis, but such benefit was not seen when starting oestradiol a decade after menopause, reveals a secondary analysis of the ELITE* study presented at the recent EPI Lifestyle 2020 Scientific Sessions.

“Our results show that oestradiol initiated earlier in menopause reduces atherosclerosis and appears to do so by directly reducing cholesterol accumulation in the arterial wall,” said lead author Dr Roksana Karim from the Keck School of Medicine at the University of Southern California in Los Angeles, California, US.

The primary analysis has previously shown that early initiation of oestradiol therapy after menopause delayed the progression of subclinical atherosclerosis — indicated by CIMT** — compared with placebo. [N Engl J Med 2016;374:1221-1231]

The current analysis focused on the echogenicity of the arterial wall, which is an indicator of lipid deposition, measured using high-resolution ultrasonography. Participants were 643 healthy postmenopausal women who were randomized to receive 1 mg oestradiol daily or placebo. Analysis was stratified based on whether they started the therapy early (within 6 months) or late (≥10 years) after the onset of menopause. [EPI Lifestyle 2020, abstract MP09]

Among the women who took oestradiol therapy early after menopause, the rate of atherosclerosis progression, as indicated by lipid deposition measured as grey-scale mean (GSM) on ultrasonography, was less than half of that in the placebo group (GSM, -0.30 vs -1.41 per year; p<0.0001).

In contrast, there was no significant difference in atherosclerotic progression between the oestradiol and the placebo groups among women who initiated treatment at least a decade after menopause (p=0.37).

Analysis of serum oestradiol levels revealed that changes in serum oestradiol concentration were positively associated with atherosclerotic progression — with stronger association seen among women who initiated treatment earlier than those who started late.

“Associations between serum oestradiol levels and lipid deposition validated [the beneficial effect of starting oestradiol early and atherosclerotic progression],” said the investigators. “Qualitative assessment of subclinical atherosclerosis [indicated by GSM] complements the anatomic assessment by CIMT [in the primary analysis].”

“Although some studies, like this one, show benefits, we are still seeing other trials with different outcomes. Because of that, oestrogen replacement therapy should be used only to alleviate the symptoms of menopause,” she said.