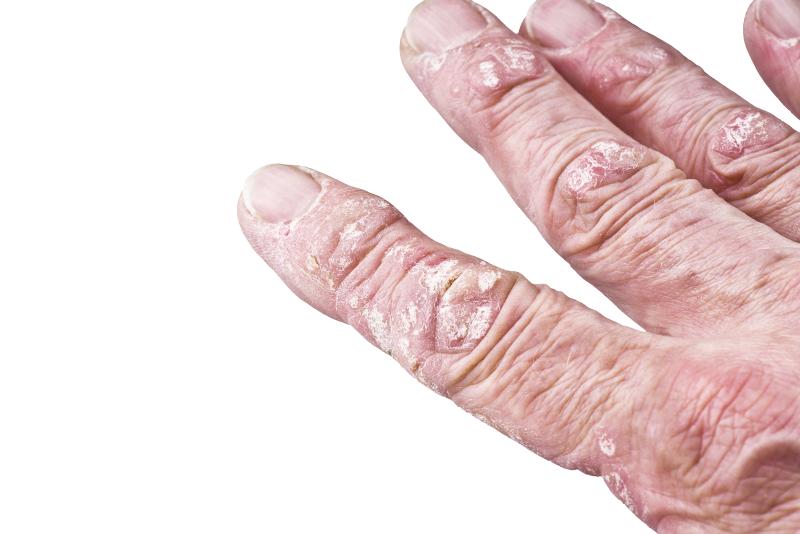 Analysis of pooled data from three phase III trials (SPIRIT-P1, -P2 and -P3) reveals that ixekizumab (IXE), a high affinity monoclonal antibody that selectively targets interleukin-17A, is a safe treatment for patients with active psoriatic arthritis (PsA), according to a study presented at the Annual European Congress of Rheumatology by the European League Against Rheumatism (EULAR 2018).

“The safety profile of IXE in patients with PsA is consistent with previous reports as derived from the analysis of the three SPIRIT trials from a large cohort of patients,” researchers said. “No new safety signals were identified with longer IXE treatment exposure.”

Of the 1,118 patients who received IXE (total exposure, 1,373.4 patient-years), four died (0.3 per 100 patient-years) due to cerebrovascular accident, cardiorespiratory arrest, drowning and pneumonia. The most common treatment-emergent adverse events (TEAEs) were the following: injection-site reaction (ISR), upper respiratory tract infection and nasopharyngitis. There was a decrease in incidence rates for TEAEs, including ISRs, over time. [EULAR 2018, abstract SAT0348]

There were no cases of active tuberculosis (TB) reported, but one case of latent TB was deemed serious due to hospitalization for testing to exclude active TB. Opportunistic infections were limited to the following: oral and oesophageal Candida and localized herpes zoster. No cases of deep organ or bloodstream Candida infections were reported.

Furthermore, one case (0.1 per 100 patient-years) of Crohn’s disease (with prior history of irritable bowel syndrome) and of ulcerative colitis were reported, but none of the 12 patients with pre-existing inflammatory bowel disease had an exacerbation with IXE.

SPIRIT-P1 and -P2 are double-blind trials, in which patients were randomized to placebo, adalimumab (ADA; active reference arm; SPIRIT-P1 only) or 80-mg IXE every 4 (Q4W) or 2 (Q2W) weeks. Placebo and ADA patients were re-randomized to either IXEQ4W or IXEQ2W for the open-label extension period (weeks 24–156), while those who initially received IXE remained on their original dose.

SPIRIT-P3, on the other hand, is an open-label (week 36–64) trial where patients received IXEQ2W followed by a randomized withdrawal period. A 160-mg loading dose of IXE was given to patients in all three trials.

Researchers integrated safety data from all IXE-treated patients (defined as all patients receiving one dose of IXE) included in SPIRIT-P1, -P2 and -P3. Exposure-adjusted incidence rates per 100 patient-years were reported for AEs.