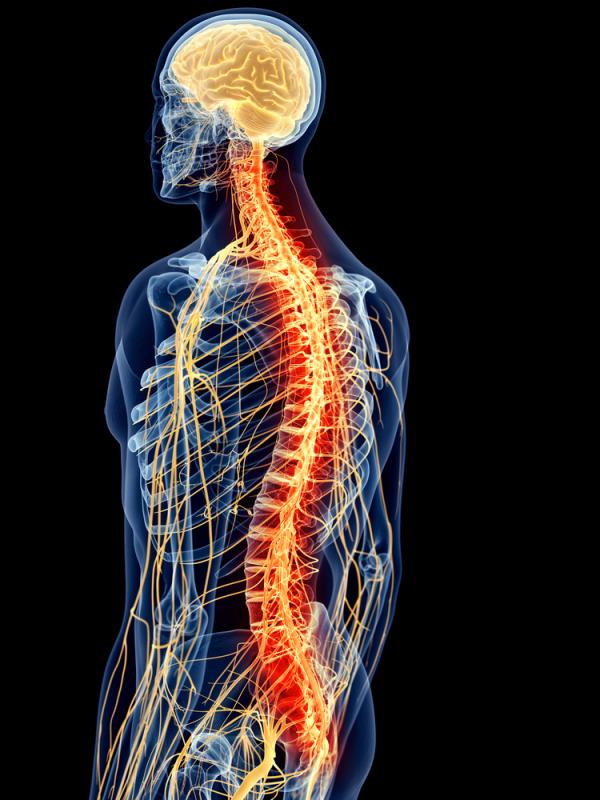 “Although dopamine and deep brain stimulation [DBS] are the gold standard of PD treatment, both have severe limitations and side effects, such as dyskinesias, gastrointestinal disturbances, orthostatic hypotension, anxiety and hallucinations for dopamine, and the risk of intracranial bleeding, seizures, infection and hardware issues associated with DBS,” noted the researchers. “SCS has been shown to stimulate large non-nociceptive myelinated fibres of peripheral nerves and improve motor symptoms of PD, suggesting it may be an excellent therapeutic option for PD.” [Neurosurg Rev 2016;39:27-35; Mov Disord 2018;33:783-792].

Study participants (mean age, 74 years; average PD duration, 17 years) received one of three stimulation modes: continuous tonic stimulation, continuous burst stimulation (40 Hz, 500 Hz, 1,000 μs), or cycle mode (on time of 10–15 s, off time of 15–30 s) with burst (40 Hz, 500 Hz, 1,000 μs). One or two percutaneous electrodes were implanted in the epidural space on the dorsal midline at the level of the thoracic or cervical spine and connected to an implantable pulse generator. [Bioelectronic Medicine 2020;6:18]

SCS was effective at improving pain in patients with or without prior DBS. “In patients who did not receive DBS prior to SCS, the average percent reduction [in VAS scores] was 57 percent [two-tailed t-test, p<0.0007], and for those who did receive DBS, the average percent reduction was 61 percent [two-tailed t-test, p<0.0001],” wrote the researchers.

A majority of patients also showed improvements in motor functioning after SCS. Of the 11 patients who were able to complete a 10-metre walk before and after therapy, eight (73 percent) showed improvement in their completion time, with an average improvement of 12 percent (two-tailed paired t-test, p=0.003).

In addition, of the 11 patients who completed Timed Up and Go (TUG), seven (64 percent) showed clinically significant improvement in their completion time, with an average improvement of 21 percent (two-tailed paired t-test, p=0.03). “When stratifying by stimulation parameters, patients with a continuous burst pattern had an 18 percent improvement in TUG scores, while patients on cycling mode burst stimulation had a 7 percent worsening in scores,” noted the researchers.