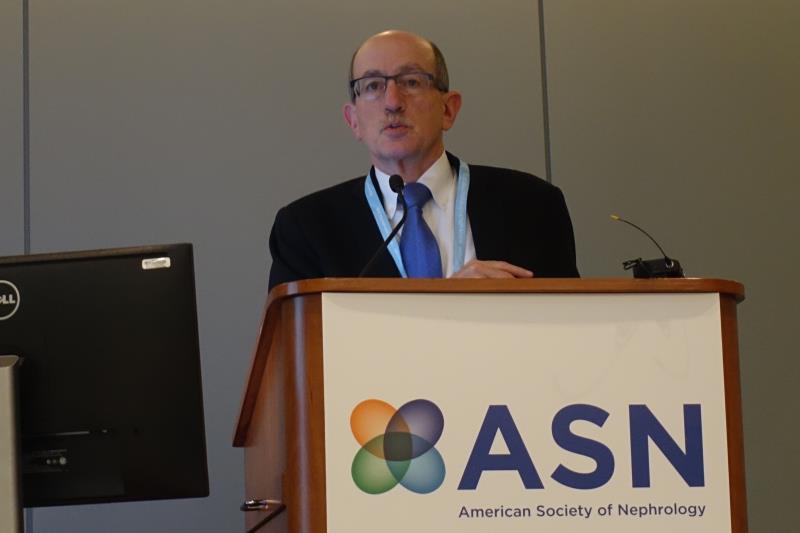 Presented at the American Society of Nephrology (ASN) Kidney Week 2019 by lead study investigator Dr Steven Fishbane from the Zucker School of Medicine at Hofstra/Northwell at Great Neck, New York, US, the results may have important implications, as persistent predialysis hyperkalaemia contributes to increased risk of cardiac arrhythmias and death. [Am J Cardiol 2012;109:1510-1513; Clin J Am Soc Nephrol 2016;11:90-100]

In the posthoc analyses, Fishbane and colleagues recorded the number of visits during which patients had sK+ of 4–5 mmol/L and 3.5–5.5 mmol/L, along with the maximum sK+ during the evaluation phase. They also assessed the change in K+ gradient (difference between the predialysis sK+ and dialysate [d]K+) from baseline to end of evaluation phase by cross tabulation of categorized dK+: 2–3, 3–4, 4–5 and ≥5 mmol/L.

Notably, treatment with SZC facilitated a shift in K+ gradient towards values below the reported higher risk threshold of 3 mmol/L. Specifically, 11 out of 36 patients (30.6 percent) moved from gradient 4–5 to 2–3 mmol/L, while 25 out of 45 (55.6 percent) moved from gradient 3–4 to 2–3 mmol/L. This effect could be attributed to SZC-induced reduction in sK+, as mean dK+ remained largely unchanged during the study, Fishbane pointed out.

“A high sK+ to dK+ gradient at the start of HD permits rapid lowering of sK+ but can also be associated with a greater risk of adverse events, such as cardiac arrhythmias and hospitalizations,” he continued.

That being said, “the correction and maintenance of sK+ in a safe range, as well as the reduction in dialysis K+ gradient observed with SZC in this study may allow higher dK+ concentration, lower the risk of cardiac arrhythmia, and allow easing of restrictions in quality of life, such as dietary restriction of potassium-containing foods,” the investigators explained in their paper. [J Am Soc Nephrol 2019;30:1723-1733]