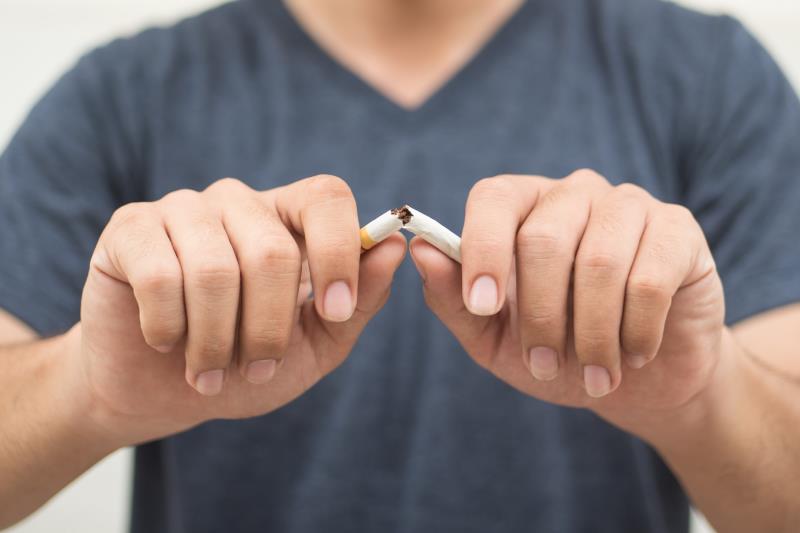 ‘Social smokers’ who smoke less than 10 cigarettes per day (CPD) are still twice as likely to die of lung disease and eight times more likely to die of lung cancer than nonsmokers, according to data presented at the Virtual European Respiratory Society International Congress 2020 (Virtual ERS 2020).

Heavy smokers in the study population—those who smoked over 20 CPD—were associated with mortality risks of 10.1 percent and 12.9 percent from lung cancer and respiratory diseases. The study investigators highlighted that the same risks among <10 CPD smokers were at least half (49 and 71 percent respectively) of those seen in >20 CPD smokers.

Of the total study population, 649 individuals died from respiratory causes while 560 died from lung cancer during the study period. Data analysis indicated that compared to nonsmokers, the <10 CPD group had a 2.5 times higher risk (p=0.005) of respiratory mortality, and 8.6 times higher risk (p<0.0001) of lung cancer mortality, after adjusting for sociodemographic factors such as age, sex, race, educational attainment, and body weight.

“Previous research suggests that people are cutting down on smoking; for example, in the US the proportion of smokers smoking less than 10 CPD has increased from 16 percent to 27 percent,” said Dr Pallavi Balte, study co-investigator and analyst at the Columbia University Irving Medical Center, New York, US. “You might think that if you only smoke a few cigarettes a day you are avoiding most of the risk. But our findings suggest that social smoking is disproportionately harmful.”

In an accompanying commentary, Professor Jørgen Vestbo, chair of the European Respiratory Advocacy Council, noted that while many countries have seen a decline in the proportion of people who smoke habitually, healthcare workers should still be concerned about those who identify as social smokers.

“Cutting down on smoking is a step in the right direction … but it’s clear that there is no safe level of smoking. This large study is important because it shows that smoking less will probably not have the effect that people are hoping for,” said Vestbo. “We need to do all we can to support smokers to quit completely using evidence-based means, for example with access to support services, and nicotine patches or gum.”