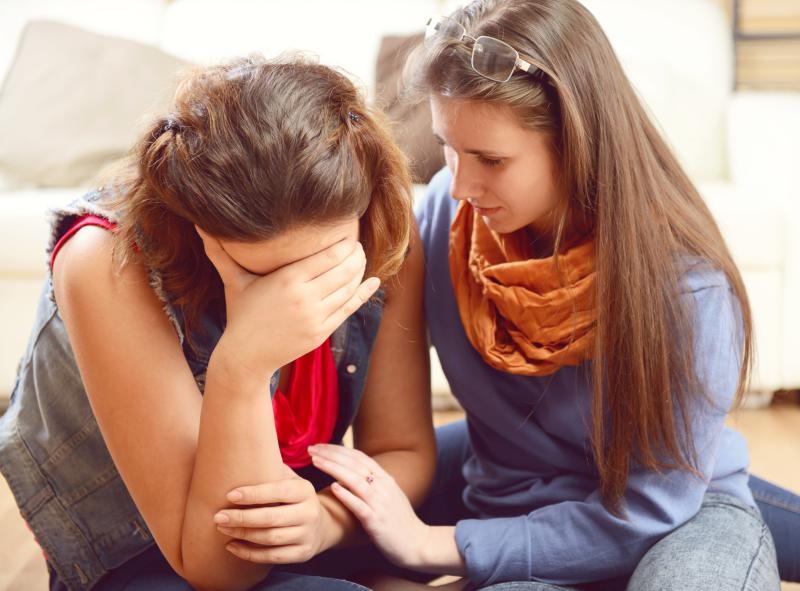 Being attentive to each other's needs is a big help in preventing suicide.

Heart rate variability (HRV) may be a valuable, noninvasive, easily accessible marker to monitor worsening suicidality among adolescents, according to a recent study. Wearable devices such as fitness trackers could facilitate such monitoring, allowing for timely detection and intervention.

“A socially acceptable, easy-to-use technology that is continuously available to measure HRV at various points in the day, such as smartwatches, should be evaluated as a tool to identify worsening parasympathetic function, and associated suicidality, in real time,” the researchers said.

“This would allow for preventive measures to be implemented when needed such as biofeedback or coping skills to decrease suicide attempts, suicide-related emergency department [ED] visits, and suicide-related mortality,” they added.

The prospective observational study enrolled 51 adolescents who had presented to the ED or inpatient psychiatric unit for acute suicidality. They were given a wrist device that measured HRV through photoplethysmography and were instructed to wear it for 7 days during their hospitalization, during which the Columbia Suicide Severity Scores (CSSSR) were assessed.

A total of 1,215 HRV segments were recorded from 61 patients and across all 7 days. Focusing on the high-frequency (HF) component of first-day HRV measurements, the researchers found that a CSSRS intensity ≥15 was inversely correlated with the change in the square-root of HF, though not significantly so (p=0.730). [Psychiatry Investig 2021;doi:10.30773/pi.2021.0057]

When considering all eligible measurements, an increase in the square-root of HF was positively correlated with a 25-percent decrease in CSSRS score relative to baseline (p=0.564).

“This novel study … found a significant negative association between the HF power, which measures the parasympathetic branch of the autonomous nervous system, and the CSSRS in a population of acutely suicidal adolescents using a wearable technology,” the researchers said.

In subsequent sensitivity analyses, the researchers focused on night-time measurements, only considering values collected between 10 PM and 6 AM. They found stronger interactions that confirmed the primary findings. For example, first-day HRV remained inversely correlated with CSSRS intensity ≥15, this time achieving borderline significance (p=0.071).

Moreover, in the sensitivity cohort, a rise in the square-root of HF became significantly correlated with a 25-percent decrease in CSSRS relative to baseline (p=0.005).

“The smartwatch is a wearable biosensor platform that has high social acceptability among adolescents, allowing discreet monitoring that would not be embarrassing or associated with increased stigma from peers,” the researchers said, adding that because such devices can be worn constantly, they could help “identify dynamic changes in suicidality beyond single timepoint measurements.”

“Given that many adolescent patients have a repeat visit to the ED or suicide attempt after an initial visit, the ability to detect worsening suicidality in this high-risk population may have positive impacts on patient outcomes and the healthcare system,” they said. “Further research will need to confirm this relationship in larger cohorts of acutely suicidal adolescents.”