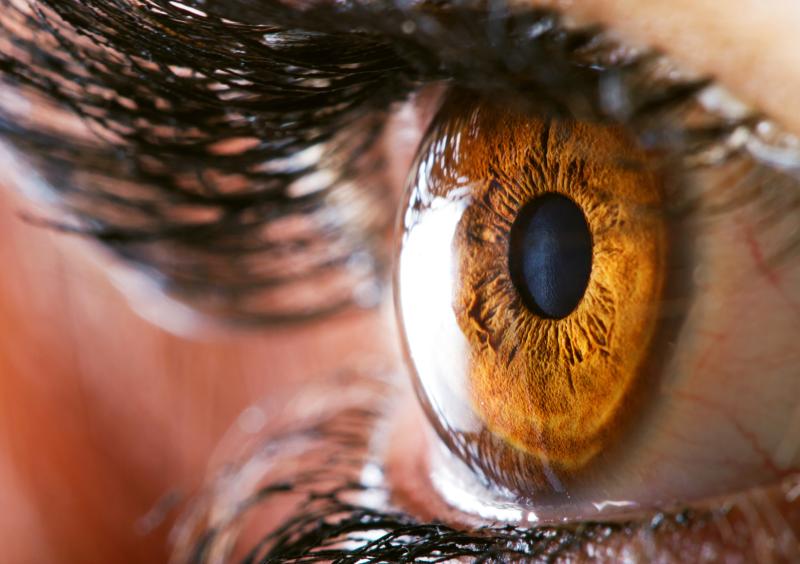 The cornea, the transparent outermost layer of the eye, protects the eye from infection and physical injury.

The RetinaScope, a smartphone-based camera, paired with an artificial intelligence (AI) screening system called EyeAlert, can match and even outperform experts at determining the presence of referral-warranted diabetic retinopathy (RWDR), according to a recent study.

“Our results suggest that this approach can achieve the necessary sensitivity, as defined by the British Diabetic Association, to be used as a screening tool for DR,” the researchers said. “At the patient-level, only one grader was significantly more sensitive than the automated analysis, while the automated analysis maintained a higher specificity than both graders.”

At the patient level, the first grade correctly classified 60 of 68 patients: 52 were correctly identified to have RWDR, while six were determined to not have the condition. The second grader got 56 cases right, correctly diagnosing RWDR in 49 patients and non-RWDR in seven.

A similar trend was reported for the eye-level analysis. Graders 1 and 2 earned better sensitivity ratings than the EyeAlert system (94.0 percent and 89.5 percent vs 77.8 percent, respectively), but both were outperformed by AI in terms of specificity (52.2 percent and 66.9 percent vs 71.5 percent).

“A possible solution to reducing DR-related vision loss is improving access to high-quality DR screening programs, which offer early and accurate referral for vision-threatening DR,” the researchers said. “Telemedicine and remote, digital retinal imaging have emerged as a potential resource-effective, technological solutions to the growing need for accurate and widely available DR screening.”

“[I]f paired with portable imaging devices, AI could allow for rapid, autonomous identification of RWDR in near real-time; thereby drastically simplifying the screening process and improving accessibility,” they added.

The automated screening system used in the present study was composed of two main components. The RetinaScope comprises the hardware and is responsible for illuminating and imaging the retina onto the smartphone camera. Images are then uploaded to the EyeAlert system, an autonomous, cloud-based, deep neural network software that was designed to detect RWDR.

In brief, the software first enhances the images and then, once it has spotted a lesion, evaluates its location, size, and degree of confidence. DR severity is then graded according to the International Classification of DR scale.

“Future refinements to both the algorithm and the hardware should continue to improve the device accuracy and help to eliminate current burdens on the healthcare system,” the researchers said.