Smartphone app a promising screening tool for jaundice in newborns 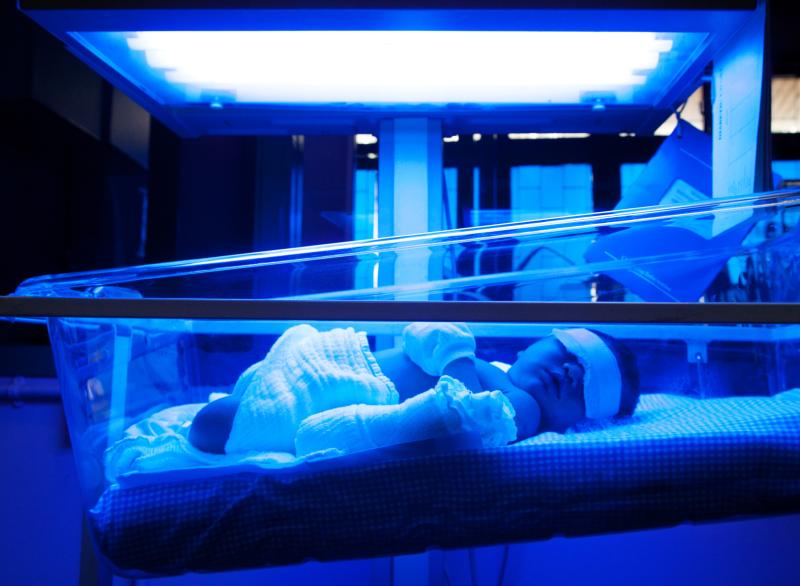 A technology based on analysis of images taken using a smartphone provides acceptable estimates of total serum bilirubin (TSB) levels in newborn infants, with an accuracy that does not differ from that of transcutaneous bilirubin (TcB) measurement, according to a US study.

Named BiliCam, the smartphone app obtains images of the skin overlying the sternum. This process is initiated by placing a colour calibration card, which helps account for variations in lighting conditions, on the infant’s chest. The resulting image data are then sent to a computer server for analysis.

The mean difference between BCB and TSB overall was 0.01 mg/dL. Of note, 91.9 percent of BCB values were within 3 mg/dL of the paired TSB level, while 73.0 percent were within 2 mg/dL.

“Our results suggest that BiliCam does not have adequate accuracy to serve as a standalone methodology to assess jaundice in newborns. Rather, as with TcB meters, BiliCam is best suited as a screening device to aid in determining which neonates require a blood draw for a TSB level, with treatment decisions being based on the TSB level,” researchers said.

TcB meters, while a viable option, are particularly expensive. This cost limits their widespread use in outpatient settings, researchers noted.

In comparison, BiliCam requires no extra equipment other than a smartphone and the colour calibration card. The smartphone app, as researchers pointed out, could be used by nurses and other healthcare professionals evaluating newborns both in office settings and during home visits.

Moreover, as a low-cost tool, the technology could facilitate screening for jaundice and effectively identify the few that are at significant risk for extreme hyperbilirubinemia in low- and middle-income countries with limited resources.

“In combination with low-cost phototherapy devices that have now been developed, BiliCam could … be part of a system of care that could significantly reduce the morbidity and mortality related to extreme hyperbilirubinemia in [the aforementioned] areas,” researchers said.