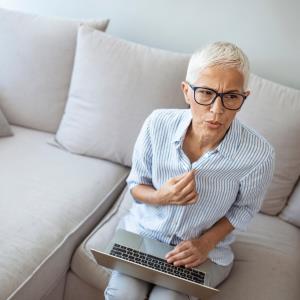 Young infertile women who undergo intrauterine slow-release insemination (SRI) may achieve a higher rate of pregnancy, according to a study presented at ESHRE 2018.

“SRI [theorized] that if persistent low concentration of sperm might prolong the period of potential fertilization, thereby it mimics the physiological sperm transportation into the fallopian tubes because it is a slow release of sperm,” said study lead author Dr Julian Marschalek from the Division of Gynaecological Endocrinology and Reproductive Medicine at the Medical University of Vienna, Austria.

This randomized crossover study involved 182 women with infertility (median age 33 years) who were randomized to receive either standard intrauterine insemination (IUI, n=96) or SRI (n=86) as their first cycle of treatment, of whom 7 and 11 became pregnant, respectively. The 102 women who did not achieve pregnancy were crossed over to the other method as their second cycle of treatment (IUI, n=44 and SRI, n=58). The SRI device used was a disposable EVIE pump with 3 mL sterile syringe to inject the prepared sperm, strapped at the patient’s thigh, and the only difference from the IUI technique was the anchor balloon inflated into the uterine cavity. All women were dismissed from the hospital, ambulatory, and instructed to remove the pump by deflating the balloon after 4 hours. [ESHRE, abstract O-118]

There were no significant differences with regard to cause of infertility, male parameters, or reproductive medications, including clomiphene, gonadotrophin, and progesterone, between groups.

“We are aware that the crossover design might be seen as a limitation of this study. Some authors reject the utilization of this study design in infertility trials. However, others claim this [as] an efﬁcient and pragmatic design, particularly as only one cycle of each treatment is given to each woman,” Marschalek said.

“[Nevertheless,] we think that this is an interesting finding; the extent to which advanced male or female age influences pregnancy rates after SRI needs to be addressed, and we want to perform further studies on that,” said Marschalek.
LOGIN TO READ FULL STORY