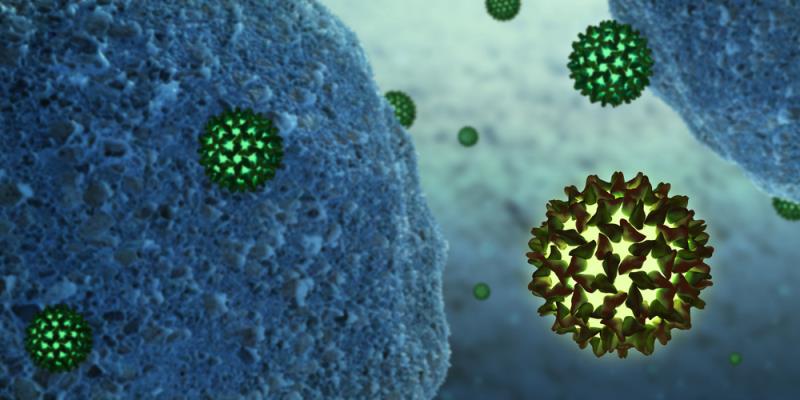 The substitution of isoleucine to leucine at amino acid 97 (I97L) in the core region of the hepatitis B virus (HBV) seems to reduce its potency, decreasing the efficiency of both infection and the synthesis of the virus’ covalently closed circular (ccc) DNA, reports a new study presented at The Liver Meeting Digital Experience by the American Association for the Study of Liver Diseases (AASLD 2020).

Serum samples were collected from 77 patients with chronic hepatitis B, who were infected with HBV genotype C. The researchers excluded patients who also had liver cirrhosis, as well as those who had undergone treatment with nucleos(t)ide analogues and interferons. Finally, only those who were negative for the HB envelope antigen and positive for its cognate antibody were included.

Forty participants under investigation carried the I97L polymorphism, while 37 had the wildtype HBV. Both groups were comparable in terms of baseline demographics, as well as regarding alanine aminotransferase (ALT) levels, platelet counts, and HBV DNA and HB surface antigen (HBsAg) concentrations.

As a result, significantly more patients carrying the I97L HBV virus had undetectable sAg levels relative to those with the wildtype infection (27.5 percent vs 8.1 percent; p=0.028). The same was true when HBV DNA was used as measurement (35.0 percent vs 10.8 percent; p=0.012).

“Patients with chronic HB develop liver cirrhosis and hepatocellular carcinoma along with the progress of hepatitis. However, some of these patients naturally stabilize without treatment and eventually achieve a favourable status with low HBV DNA and normal ALT; in some cases, these patients also exhibit loss of HBsAg,” the researchers said, noting that the exact mechanisms for this remain unexplained.

Through cell experiments, the researchers showed that the more favourable HB marker profile in I97L patients was due to “the generation of immature virions with single-stranded genomes,” which led to a weaker viral infection and cccDNA synthesis.

“This I97L-associated low efficiency of cccDNA synthesis seems to be involved in the establishment of stable hepatitis,” they explained. “Further study on this mutation would be the hint for the FC mechanism.”