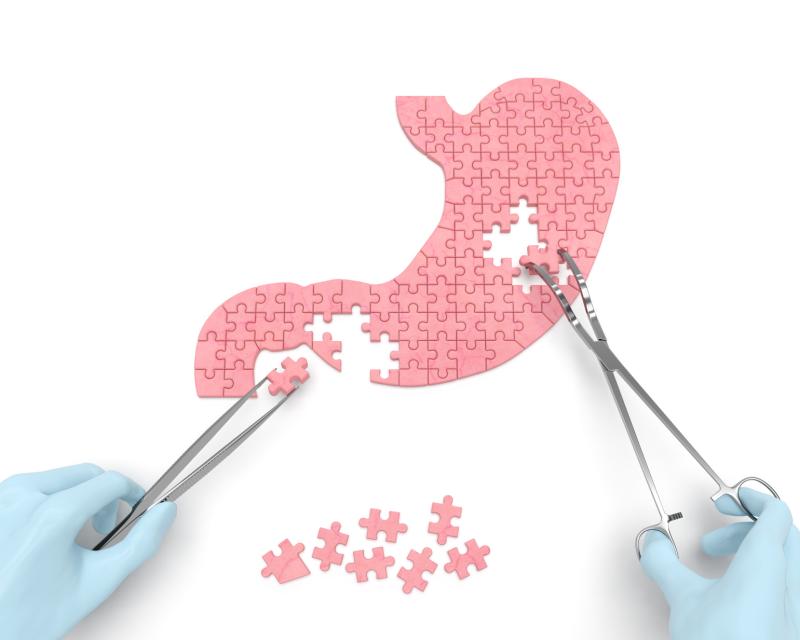 Patients with severe obesity who underwent sleeve gastrectomy (SG) had a significantly lower risk of fracture compared with those who underwent Roux-en-Y gastric bypass (RYGB) and those who did not undergo surgery, according to a recent study.

“Specifically, SG might be the best option for weight loss in patients in whom fractures could be a concern, [as] an equal risk of fracture [was observed between those who underwent] … RYGB [and bariatric-eligible patients who did not undergo surgery],” said the researchers.

Using Medicare Standard Analytic Files derived from Medicare parts A and B records from January 2004 to December 2014, the researchers retrospectively analysed 49,113 bariatric-eligible patients with obesity who underwent either RYGB or SG and who did not undergo surgery. Baseline characteristics were equally matched across all groups. [JAMA Network Open 2020;doi:10.1001/jamanetworkopen.2020.7419]

A total of 1,382 fracture events were reported, with 522 patients having vertebral fractures.

“The present study … found that obesity conferred a significantly greater risk of all fracture types and fractures overall [in bariatric-eligible surgery patients but did not undergo] compared with patients undergoing SG, and similar risks … [in] patients undergoing RYGB, providing evidence for a potential protective effect of weight loss against the risk of fractures,” the researchers said.

“Furthermore, SG was found to be more protective against fracture compared with RYGB,” the researchers highlighted.

“[However,] additional studies are needed to not only further characterize the risk profile of obesity on rates of fracture but also to access fracture risk and benefits of different surgical weight loss options,” they added.
LOGIN TO READ FULL STORY