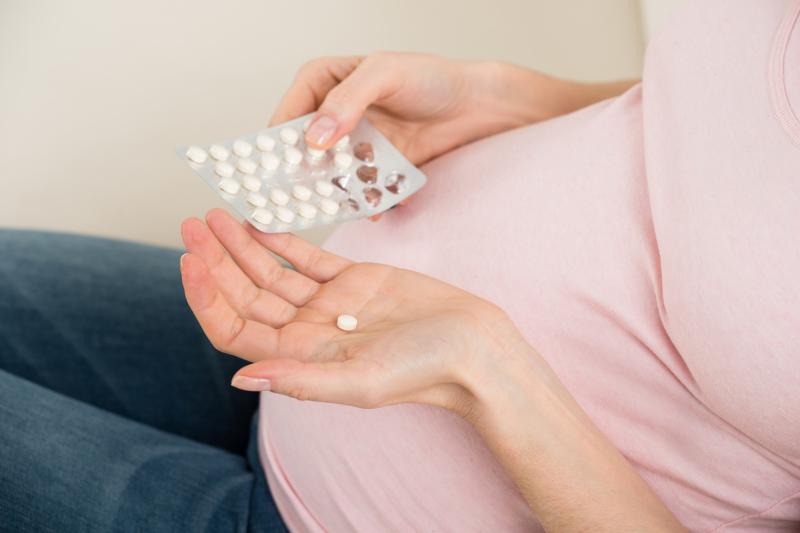 There appears to be little benefit to doubling the dose of elemental iron in pregnant women with iron-deficiency anaemia, with a recent study showing that a double dose does not increase haemoglobin and ferritin concentrations to a greater degree compared with a single dose, according to a study.

Haemoglobin at 35 weeks was the main outcome of interest. Ferritin at 35 weeks, haemoglobin during pregnancy and postpartum, birth weights, preterm birth rate, gastrointestinal side effects, intravenous iron administration and compliance were also assessed as secondary outcomes.

Mean levels of haemoglobin and ferritin at baseline were similar between the single- and double-dose groups (haemoglobin, 10.1 g dl−1 in both; ferritin, 9.3 vs 9.4 ng l−1, respectively). At week 35, mean haemoglobin levels increased but remained low at 10.8 g dl−1 in both groups.

Researchers pointed out that the modest increase in haemoglobin and ferritin concentrations observed in women receiving a double dose as opposed to a single dose may be explained by the involvement of hepcidin, the key regulator of systemic iron balance in mammals.

It has been previously reported that iron supplements at doses of 60 mg or higher increase hepcidin, resulting in decreased iron absorption and bioavailability. [Blood 2015;126:1981–1989]

The present data suggest that doses of iron, exceeding the Centers for Disease Control and Prevention recommendation of 30 mg per day, do not further improve maternal iron status during pregnancy, researchers said.