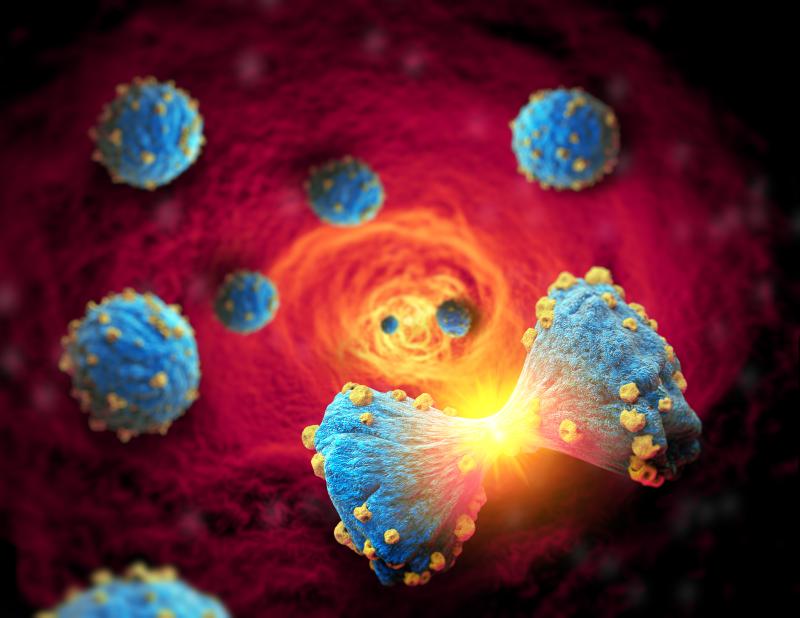 Interim results from the NEOLAP*** trial revealed similar findings among patients with nonresectable pancreatic ductal adenocarcinoma (PDAC) who were randomized to receive two cycles of GNP (n=42) or four cycles of FOLFIRINOX (n=44) after an initial two cycles of GNP, where similar disease control rates were observed in the GNP and FOLFIRINOX arms (93 percent vs 89 percent). [ASCO GI 2018, abstract 348]

This underscores the potential of chemotherapeutic intervention in downstaging nonresectable PDAC, noted the researchers.

Explorative laparotomy was carried out after induction chemotherapy to evaluate for secondary resectability (55 percent vs 48 percent in the GNP and FOLFIRINOX arms, respectively), resulting in a complete macroscopic resection rate of 43 percent and 62 percent, respectively.

However, the lower overall survival (OS) rates with GNP vs FOLFIRINOX (6.6 vs 9.2 months; p=0.09) highlighted the need for optimal therapeutic sequencing to prolong OS, the researchers pointed out.

Despite lower discontinuation rates due to grade 3/4 adverse events (AEs, ie, gastrointestinal symptoms, neutropenia, fatigue, and peripheral sensory neuropathy) with GNP vs FOLFIRINOX, the difference was not significant (6.5 percent vs 11.0 percent; p=0.69) as observed in the retrospective trial.

“[These findings suggest that the GNP] combination regimen … is a preferable option for the treatment of patients with advanced pancreatic cancer,” said the researchers.

Nonetheless, researchers of the retrospective study called for randomized trials to further elucidate the potential of GNP as a standard of care for pancreatic cancer.