Should amoxicillin still be used for paediatric pneumonia? 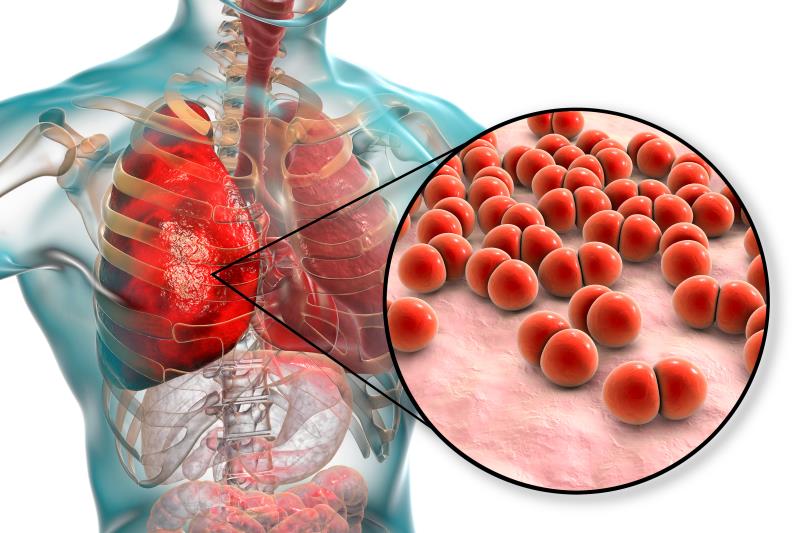 For paediatric pneumonia with fast breathing (tachypnoea), the WHO*-recommended treatment with amoxicillin is still the preferred regimen, suggests the RETAPP** study.

Although amoxicillin has been the recommended treatment, the guidance was based on weak level of evidence and infections often arise from viral rather than bacterial source in the era of vaccination.

Hence, there has been clinical equipoise on the role of antibiotics in such cases, which warrants noninferiority studies to test if antibiotics may not be necessary in nonsevere pneumonia with tachypnoea.

RETAPP, one such study to challenge the recommendations by WHO, showed that treatment failure was more common in children receiving placebo than amoxicillin, with a difference that fell short of the noninferiority criteria. [N Engl J Med 2020;383:24-34]

The incidence of treatment failure in the placebo group was nearly double that of the amoxicillin group in the intention-to-treat population (4.8 percent vs 2.5 percent; difference, 2.3 percentage points, 95 percent confidence interval [CI], 0.9–3.6).

Similar finding was seen in the per-protocol analysis, whereby 4.9 percent of children in the placebo had treatment failure compared with 2.6 percent in the amoxicillin group (difference, 2.3 percentage points; 95 percent CI, 0.9–3.7).

For both analyses, the difference between groups did not fall within the prespecified noninferiority margin of 1.75 percentage points and thus, failed to show that placebo was noninferior to amoxicillin for preventing treatment failure***.

However, more relapses occurred in the amoxicillin group vs the placebo group (3.1 percent vs 2.2 percent) between days 4 and 14, although the difference was not significant between groups.

“[The] results are insufficient to change current clinical practice … [and] suggest that existing recommendations are valid,” experts stated.

However, the relatively high number needed-to-treat of 44 to prevent one treatment failure indicates “that antibiotics may not be warranted for a large number of children,” the researchers pointed out.

“Furthermore, the global implications of antibiotic resistance are important,” the researchers pointed out. “The hypothesis that most children in our trial had viral infections is supported by the observation that treatment failure was not associated with wasting, stunting, or vaccination status.”

“Yet, there are subgroups with a clinical phenotype severe enough to warrant antibiotic therapy. Identifying these subgroups for targeted treatment can limit unnecessary antibiotic use,” they added.

The researchers found that additional phenotypes such as fever (odds ratio [OR], 1.75) and wheeze (OR, 1.89) were independent predictors of treatment failure.

The double-blind, noninferiority RETAPP trial included 4,002 aged 2 to 59 months (mean age 16 years) who had WHO-defined nonsevere pneumonia with tachypnoea from the primary care settings in low-income communities in Pakistan. They were randomized 1:1 to receive a 3-day course of amoxicillin suspension 50 mg/mL or matching placebo, in accordance to WHO weight bands.

“Furthermore, the results of these two trials cannot be extrapolated to other definitions of pneumonia.”