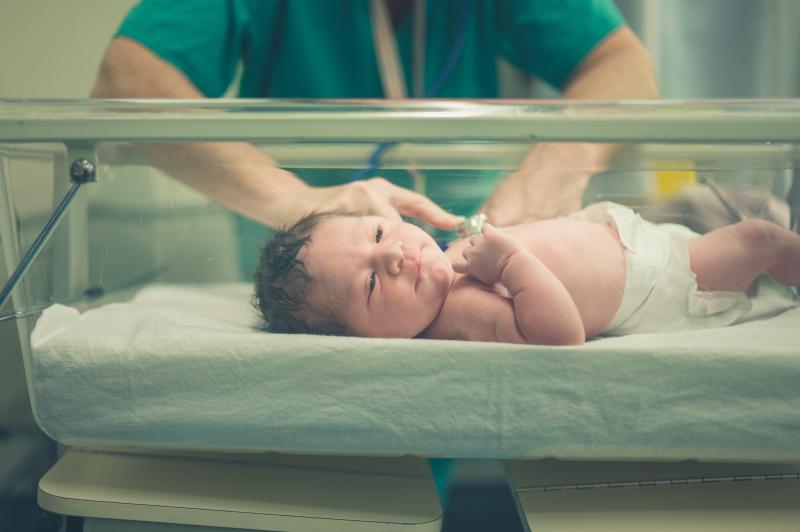 Parenteral antibiotic therapy duration for bacteraemic urinary tract infection (UTI) in young infants may be safely shortened, according to a recent study showing that recurrence and readmission or emergency department revisitation rates are comparable between a ≤7-day and a longer therapy course.

“The safety of short-course parenteral antibiotic therapy with early conversion to oral antibiotics has been established for the treatment of many invasive paediatric bacterial infections (eg, complicated pneumonia and osteomyelitis), in which prolonged intravenous antibiotics were previously considered the standard of care,” the investigators said.

The present data indicate that shortened therapy duration may be considered for young infants with bacteraemic UTI, they added.

Analysis involved 115 infants aged ≤60 days, a subset of which had a complex chronic condition or known genitourinary anomaly on admission, and the majority presented with fever. Every patient tested positive for pathogen growth in both blood and urine cultures. Escherichia coli was the most common causative organism, detected in 93 infants. All pathogens identified were susceptible to an antibiotic with an available oral alternative.

None of the infants required ICU readmission, mechanical ventilation or vasopressor use, or showed signs of neurologic sequelae within 30 days of discharge from the index hospitalization.

Next steps in research

The investigators acknowledged that they included relatively few infants with bacteraemia in the context of UTI, with rates of recurrent UTI and reutilization being low.

Additionally, the study established neither the optimal total duration of therapy for bacteraemic UTI nor whether there were particular subpopulations who might benefit from longer courses of parenteral antibiotic therapy.

Although the findings do not address the said issues, the study points to where the medical community should focus future research endeavours, said Drs Natalia Leva and Hillary Copp from the University of California, San Francisco in a companion paper. [Pediatrics 2019;doi:10.1542/peds.2019-1611]

The experts described the current study as a critical piece of a complicated puzzle, “uniquely afford[ing] granularity with respect to the patient population, including a physician’s documented clinical assessment providing information such as temperature, ill appearance or presence of a known genitourinary condition, which allowed for ascertainment of critical clinical information that influenced management decisions.”

The key takeaway is that a short course of parenteral antibiotics is no less effective than a long course in young infants with bacteraemic UTI, Leva and Copp added.