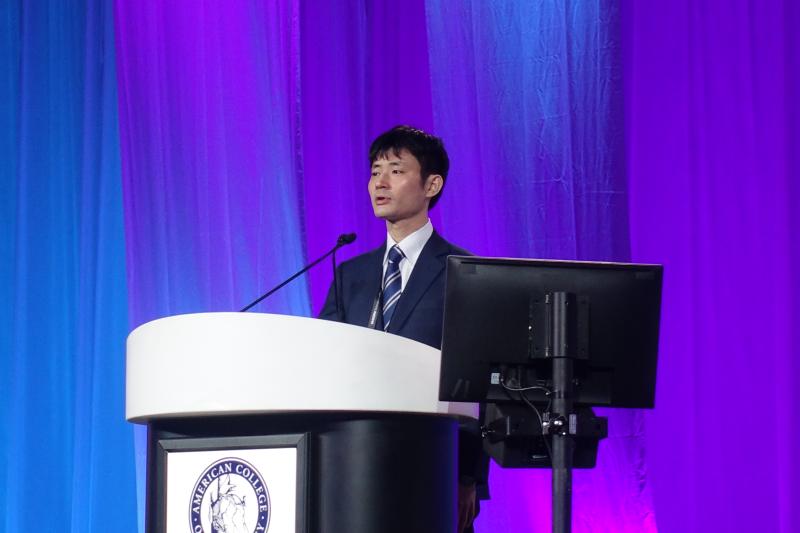 Switching from dual antiplatelet therapy (DAPT) to clopidogrel monotherapy just one month after stent implantation led to a reduction in bleeding without an increase in ischaemic events, the STOPDAPT-2* trial showed.

“One-month DAPT followed by clopidogrel monotherapy as compared with standard 12-month DAPT reduced the bleeding events and did not increase the ischaemic events,” said study lead author Dr Hirotoshi Watanabe from Kyoto University Graduate School of Medicine, Kyoto, Japan, who presented the findings at ACC.19. “That led to a net clinical benefit for both ischaemic and bleeding outcomes.”

Patients who required oral anticoagulation therapy or had a history of intracranial haemorrhage were excluded.

At 1 year, the incidence of BARC# 3 or 5 bleeding was less common in the 1-month vs 12-month DAPT group (0.5 percent vs 1.8 percent; p=0.003), with none of the other outcomes demonstrating superiority of the 1-month DAPT regimen.

The lower risk of the composite of ischaemic and bleeding events among patients on 1-month DAPT was consistent across the various subgroups examined including patients aged ≥75 years or those with acute coronary syndrome. One exception was the small group of patients with severe chronic kidney disease who appeared to benefit from the 12-month regimen (pinteraction=0.03).

“Standard 12-month DAPT is currently recommended by the guidelines,” said Watanabe. “[However], according to our findings, 1-month DAPT followed by clopidogrel monotherapy could be a good option after drug-eluting stent implantation with an advantage of fewer bleeding events,” he said.

One study limitation was the small number of participants considered at high risk for ischaemic events, said Watanabe. Japanese patients also tend to have a lower risk of ischaemic events than their Western counterparts with coronary artery disease, he said.