Short-course, high-dose gatifloxacin gets a pass in multidrug-resistant TB with caveat 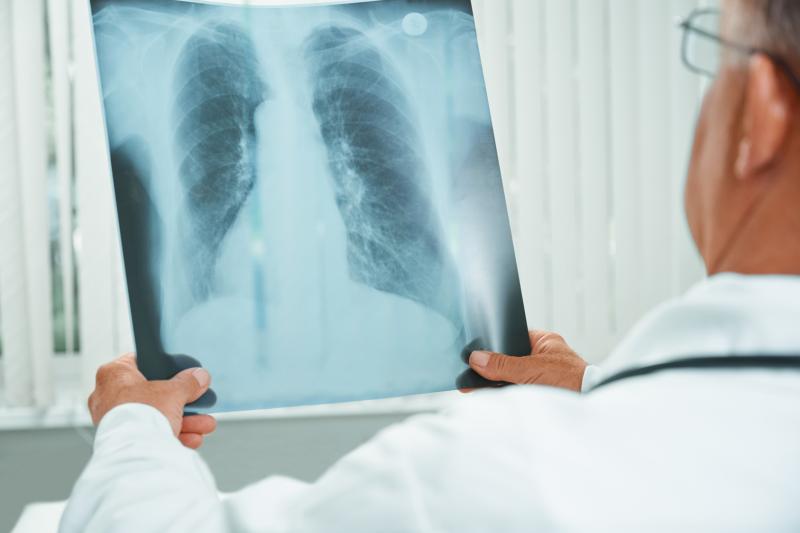 A short-term treatment regimen (STR) based on high-dose gatifloxacin appears to be effective against multidrug- or rifampicin-resistant tuberculosis (TB) but at the cost of increased severe adverse drug reactions (ADRs), as shown in a study.

In a cohort of 42 patients, the most important ADR was drug-induced liver damage, which occurred in 24 (57.1 percent) and led to four (9.5 percent) failed treatments and four (9.5 percent) adjusted treatments. Hepatotoxicity was followed closely by QT interval prolongation, which was documented in 17 (40.5 percent) patients, nine (21.4 percent) of whom had a corrected QT interval according to Fridericia (QTcF) of >500 ms resulting in seven (16.7 percent) treatment adjustments. [Int J Infect Dis 2021;doi:10.1016/j.ijid.2021.11.037]

The treatment involved a 9- or 12-month regimen with drugs given daily. The intensive phase, which lasted a minimum of 4 months, included amikacin, high-dose gatifloxacin, clofazimine, high-dose isoniazid, protionamide, ethambutol, and pyrazinamide. The same drugs were administered during the following 5-month continuous phase, with the exception of isoniazid, protionamide, and amikacin.

“The STR program should highlight active drug-safety monitoring and management to improve treatment adherence and completion. Although all patients had nausea/vomiting, hyperuricaemia/arthralgia, hyperpigmentation, and dizziness, no patients withdrew from the STR for that,” the investigators stated.

QT interval prolongation should be particularly monitored, given its association with Torsades de Pointes (TdP), a potentially fatal arrhythmia. It is still unclear how much gatifloxacin contributes to this event, the investigators noted, although studies have identified a link between the drug and an increased risk of QT prolongation. [Int J Antimicrob Agents 2007;29:374-379; Clin Infect Dis 2012;55:1457-1465]

“Our results suggest that previous studies may have underestimated the risk of QT interval prolongation in high-dose gatifloxacin-based STR… It is necessary to avoid, if possible, the combination of STR with other drugs that prolong QT interval. In addition, care should be to keep electrolytes within the normal range,” they pointed out.

The investigators also stressed close monitoring of liver and renal function and adjust the dose of fluoroquinolone or clofazimine as needed.

“Although the incidence of QT interval prolongation was high in our study, no patient developed Torsades de pointes or any other ventricular arrhythmias, and none withdrew from the STR due to prolonged QT interval. Therefore, discontinuation of STR is not recommended when the benefits … outweigh the risk of QT prolongation,” they said.

Another well-recognized side effect of aminoglycosides is ototoxicity, which can persist long after cessation because of long half-lives. One of the patients in the current study developed irreversible hearing loss 1 month after drug withdrawal instead of during injection treatment. Meanwhile, there were 15 patients who showed ototoxic symptoms, although the symptoms did not have any significant impact on their everyday lives.

“In conclusion, gatifloxacin played a crucial role in this successful study, while the ADRs were controllable and tolerable… The facts proved that high-dose gatifloxacin-based STR in a specific population was successful, because [the drug] had high bactericidal activity, high sterilizing activity, and the ability to prevent the acquisition of drug resistance,” according to the investigators.  [Tubercle 1985;66:219-225]