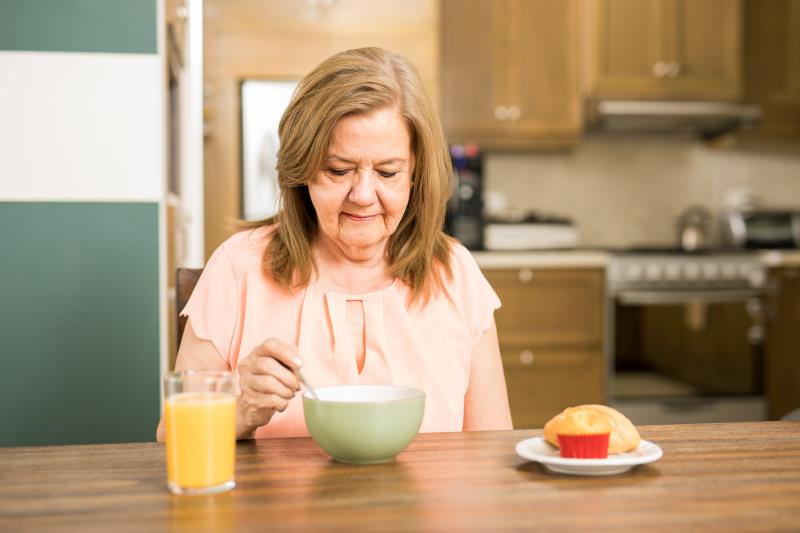 “[However], there was an approximately 2.5-fold greater loss of total hip BMD with severe compared with moderate energy restriction, a difference not accounted for by the greater weight loss.”

Participants in this single-centre study were 101 women aged 45–65 years (mean age 58 years) with a BMI of 30–40 kg/m2 (mean 34.4 kg/m2), who were postmenopausal for ≥5 years, and with <3 hours of structured physical activity per week. They were randomized to undergo moderate energy restriction (25–35 percent) with a food-based diet for 12 months or severe energy restriction (65–75 percent) with a total meal replacement diet for 4 months followed by moderate energy restriction for 8 months. Participants in both groups were prescribed a protein intake of 1 g/kg of actual body weight per day, and physical activity was encouraged.

Individuals on the severe intervention also had significantly lower whole-body fat mass, abdominal subcutaneous and visceral adipose tissue volume, and waist-hip ratio at 12 months than those on the moderate intervention.

Lumbar spine and whole-body BMD loss did not significantly differ between groups, nor did muscle strength, as determined by handgrip.

The impact on hip BMD

“The consequences of accelerated BMD loss with a severely energy-restricted dietary obesity treatment are clinically concerning, especially if BMD loss continues beyond the 12-month intervention,” said the authors.

“[T]his bone loss must be considered in light of the beneficial effects of substantial weight loss on other health outcomes and health care costs … the current trial should not discourage the use of total meal replacement diets as a treatment for obesity in postmenopausal women,” they said.

Instead, they recommended caution when implementing severe energy-restriction diets in postmenopausal women, particularly those with osteopenia or osteoporosis, and called for research to establish methods of preventing BMD loss.

They also noted that the use of DXA to assess BMD loss may have affected the findings. “DXA assesses bone quantity and not bone quality … or osteoporotic fracture incidence, and it is possible that, despite BMD loss, bone quality and strength may have been preserved in our participants,” they said.