Severe/critical COVID-19 may up perinatal risk 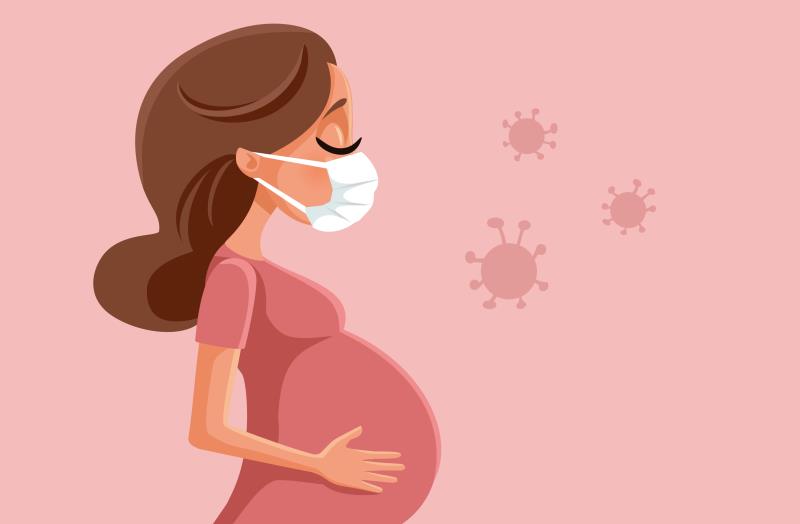 “Compared with asymptomatic patients, those with severe/critical COVID-19, but not those with mild/moderate COVID-19, were at increased risk of perinatal complications,” said study author Dr Torri Metz from the Eunice Kennedy Shriver National Institute of Child Health and Human Development Maternal-Fetal Medicine Units (MFMU) Network, Bethesda, Maryland, US, who presented the findings at SMFM 2021.

The study involved 1,219 pregnant women with singleton gestation who delivered between March and July, 2020, and who had a positive SARS-CoV-2 nucleic acid or antigen test, as diagnosed at one of 33 hospitals in the MFMU Network. COVID-19 was primarily asymptomatic (47 percent), while 27, 14, 8, and 4 percent of women had mild, moderate, severe, and critical disease, respectively, as per the National Institutes of Health severity classification. The women were followed up to 6 weeks postpartum while neonates were followed up until delivery hospitalization.

Of the six maternal deaths that occurred, four were due to COVID-19 (0.3 percent).

Compared with women with asymptomatic disease, women with severe/critical COVID-19 had an elevated risk of Caesarean delivery (adjusted relative risk [adjRR], 1.57), hypertensive disorders of pregnancy (HDP; adjRR, 1.61), and postpartum haemorrhage (PPH; adjRR, 2.04). These risks were not higher in women with mild/moderate vs asymptomatic disease.

Venous thromboembolism incidence was higher in women with severe/critical disease than those with mild/moderate or asymptomatic disease (n=8, 1, and 0 respectively; ptrend<0.001).

Among women with live births, neonates born to women with severe/critical disease had lower mean birthweight (adjusted mean difference, -385 g vs asymptomatic disease), and a higher risk of admission to the neonatal intensive care unit (adjRR, 3.12).

The number of positive SARS-CoV-2 tests in neonates did not significantly differ according to disease severity (n=2, 3, and 7 in women with severe/critical, mild/moderate, and asymptomatic disease, respectively; ptrend=0.78).

“Overall, we saw a 1 percent rate of positive SARS-CoV-2 testing among the neonates during the delivery hospitalization,” said Metz.

The mean gestational age for COVID-19 infection was the late third trimester; as such, the study could not account for the risk of early pregnancy outcomes. Furthermore, many of the study sites were urban centres which limits generalizability to more rural settings, she continued.

“Our research shows that serious pregnancy complications appear to occur in women who have severe or critical cases of COVID-19 and not those who have mild or moderate cases,” noted Metz.

“This information helps us to counsel our patients more effectively. For pregnant women who have contracted a mild or moderate case of COVID-19, these findings can help to alleviate their fears that they are at an increased risk of having serious pregnancy complications due to the disease,” she said.