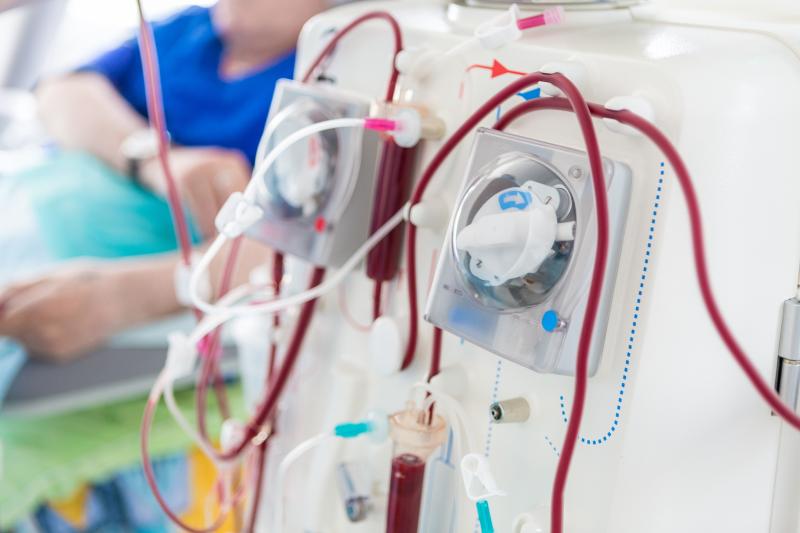 The private sector’s support is needed to provide dialysis treatment for kidney patients.

Ten patients (mean age, 70.4±9.5 years; 100 percent male) underwent three haemodialysis methods (HED, post-HDF, and pre-HDF) in different sequences. Arterial blood samples were drawn before and after the dialysis session for the quantification of AA concentrations. Patients were disallowed to eat for 6 hours before or during dialysis sessions, to avoid interference in measurements.

Overall, a patient undergoing extracorporeal dialysis three times a week could expect to lose around 16 g of AAs per week, the researchers said. In a year, the total deficit would add up to 836 g.

Valine, histidine, cysteine, proline, and glutamic acid were among the AAs that suffered the greatest per-session loss.

“[T]he loss of amino acids through haemodialysis is unavoidable irrespective of the type of dialysis method used, although extracorporeal convective methods may contribute toward an increased protein and amino acid loss, amounting to more than 800–900 g yearly,” researchers said.

“[T]he only means of slowing down or arresting this severe metabolic decline is to ensure that losses are constantly replaced by the administration of products containing doses tailored to meet the deficit of each individual AA,” they added, however noting that further research in this field is needed.