Selpercatinib may alter the landscape of RET-altered cancers 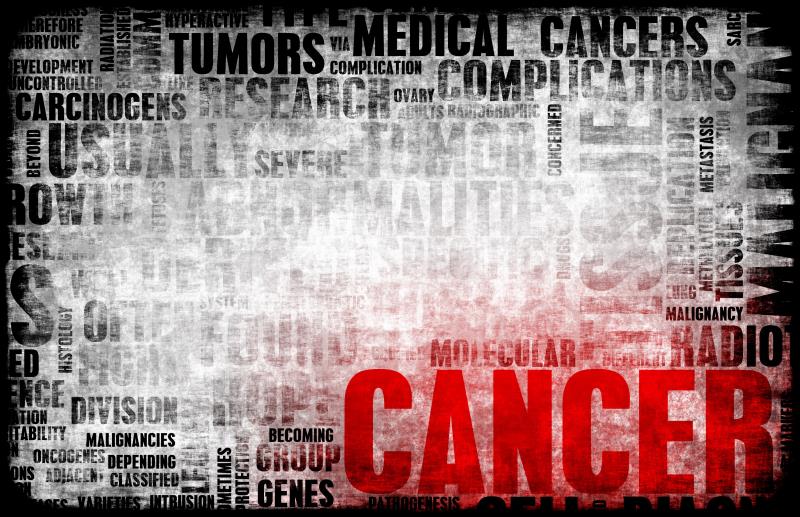 The novel, next-generation, highly potent and selective RET inhibitor selpercatinib may modify the landscape of another genomic subgroup — RET-altered cancers, according to two early-phase trials investigating the potential of selpercatinib in medullary thyroid cancer (MTC) and non-small-cell lung cancer (NSCLC).

Currently, there are no selective RET inhibitors approved for RET-altered cancers. Selpercatinib reportedly has nanomolar potency against various RET alterations while sparing non-RET kinases and nonkinase targets, and has antitumour activity in the brain. [Ann Oncol 2018;29:1869-1876]

The phase I/II LIBRETTO-001 trial comprised 531 adolescents and adults with any solid tumour harbouring an activating RET alteration. In phase I (dose-escalation), selpercatinib was delivered at doses ranging from 20 mg QD to 240 mg BID. In phase II, the recommended dose of 160 mg BID was given. Selpercatinib was administered orally continuously in 28-day cycles until disease progression, death, unacceptable toxicity, or withdrawal of consent. Due to treatment-related AEs, 30 percent of participants had dose reductions while 2 percent withdrew treatment.

This study comprised 162 participants from the overall LIBRETTO-001 cohort who had RET-mutant MTCs with (n=55; group A) or without (n=88; group B) prior cabozantinib or vandetanib use, and those with previously treated RET fusion-positive TC including its subtypes* (n=19; group C). [N Engl J Med 2020;383:825-835]

The most common grade ≥3 AEs were hypertension, increased ALT/AST** levels, and hyponatremia.

“Selpercatinib showed durable efficacy with mainly low-grade toxic effects in patients with MTC with and without previous vandetanib or cabozantinib treatment,” said lead investigator Dr Lori Wirth from the Massachusetts General Hospital in Boston, Massachusetts, US.

In trials evaluating cabozantinib and vandetanib for metastatic MTC, the dose-limiting toxicities were attributed to VEGFR2 inhibition. [Cancer Treat Rev 2018;66:64-73; Cancer Treat Rev 2016;42:47-55] “[Moreover,] some patients are simply not eligible for these therapies [due to] unacceptable risk of bleeding or concerns about wound healing,” added Wirth and colleagues.

“[In our study,] the percentage of patients with previously treated RET-mutant MTC who had an OR to selpercatinib appears to exceed the percentage who had an OR to previously approved first-line agents, while potentially offering a better safety profile,” said the investigators. “[Nonetheless,] caution is necessary when interpreting results because comparisons between studies may not take into account important factors that influence the likelihood of response.”

Despite the shorter follow-up in the previously untreated group vs those who had CT, responses continued in most patients beyond 1 year after treatment initiation.

In CT recipients with measurable CNS*** metastasis (n=11), 91 percent had an intracranial OR. “[A]lthough the incidence of brain metastases observed in our trial was lower than that in previous trials … the promising frequency of intracranial response to selpercatinib is important, given the high estimated lifetime risk of brain metastases among patients with RET fusion-positive LC,” noted the study team led by Dr Alexander Drilon from the Memorial Sloan Kettering Cancer Center in New York City, New York, US.

The most common grade ≥3 AEs were the same as those observed in the MTC cohort. “[These] were reversible with dose modifications, [suggesting] that long-term treatment is feasible, particularly in light of the responses observed with selpercatinib at doses as low as 20 mg QD,” they said.

The current findings suggest that selpercatinib had substantial antitumour activity regardless of prior exposure to anti-PD-1/PD-L1 agents or multikinase inhibitors, and among those with brain metastases, and was tied to low-grade toxicities, noted Drilon and colleagues.

“In both trials, selpercatinib produced durable responses in [most] patients, and only ~3 percent discontinued because of drug-related AEs. [Selpercatinib] offers the potential for improved efficacy and a more satisfactory side-effect profile [in these settings],” said editorialist Dr Razelle Kurzrock from the Division of Hematology-Oncology at the University of California, San Diego in the US.