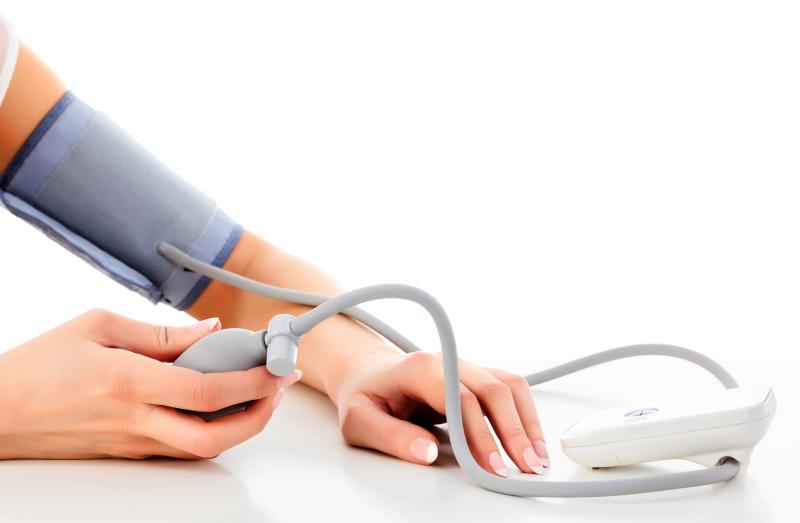 “Self-monitored BP is better correlated with cardiovascular outcomes than clinic BP … with the advantage of not unnecessarily treating white coat hypertension, whereas conversely addressing masked uncontrolled hypertension,” according to the researchers.

“[Although] the trial was not powered to detect cardiovascular outcomes … The reductions in BP observed would be expected to reduce stroke risk by around 20 percent and coronary heart disease risk by about 10 percent,” said the researchers.

No significant difference in systolic BP was observed when comparing self-monitoring vs telemonitoring, nor was there evidence of differences is diastolic BP between groups at 6 or 12 months.

“Although not significantly different from each other at 12 months, BP in the group using telemonitoring for medication titration became lower more quickly (at 6 months) than those self-monitoring alone … suggesting more efficient titration … an effect which is likely to further reduce cardiovascular events and might improve longer-term control,” observed the researchers.

Also, decrease in BP was seen with both the interventions regardless of age, sex, and history of cardiovascular disease in prespecified subgroup analyses, as well as in sensitivity analyses taking the mean of the second to the sixth BP readings, excluding outlier readings, or using multiple imputation to replace missing values.

Based on prescribing records, the researchers believed that the “differential intensification of antihypertensive medication in response to self-monitored BP” was the driving mechanism behind the better BP reduction in the intervention groups. They found no evidence of lifestyle changes in terms of self-reported exercise, diet, and alcohol intake with the intervention.

Adverse event rates were similar across all three groups.

“The success in controlling BP from the use of self-monitoring to titrate antihypertensives, and a lack of adverse events, suggests that the technology is now ripe for wider implementation in daily practice and in national and international guidance,” suggested the researchers.

They will continue to follow up the patients in the longer term on mortality outcomes.

Although the results might “seem unsurprising”, in view of the paucity of randomized data showing that antihypertensive therapy titration guided by self-monitored can lead to better BP control, “these results are important and reassuringly validate current clinical practice, as already applied to many individuals with hypertension worldwide,” according to Drs Ernst Rietzschel and Marc De Buyzere of University Hospital Ghent, Ghent, Belgium, in a commentary. [Lancet 2018;391:914-916]

Telemonitoring might facilitate remote access and management. Particularly in situations where physicians feel overwhelmed by a deluge of digital health signals, Rietzschel and De Buyzere asked: Is it time for doctors to switch the driver’s seat? Should not the driver’s seat be cochaired by health literate patients and dedicated professionals from allied fields?

“It is a matter of debate whether BP reductions would be successful to the same degree if GPs had to start their efforts in patients with poorly controlled BP who were using more than two or three antihypertensive drugs,” raised Rietzschel and De Buyzere.