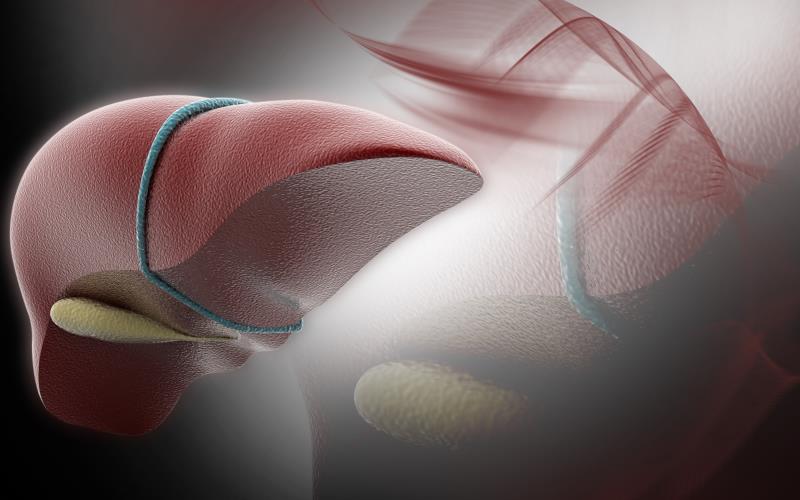 Use of the potent and selective PPARδ* agonist seladelpar led to improvements in histologic responses and liver chemistry in patients with biopsy-confirmed nonalcoholic steatohepatitis (NASH), a phase II study has shown.

“[S]eladelpar … produced improvements in liver chemistry and lipids and a consistent pattern of improvement in NASH and fibrosis,” said study co-author Dr Stephen Harrison from Pinnacle Clinical Research, San Antonio, Texas, US, who presented the findings at AASLD 2020.

Week 12 saw marked LFC reductions with all seladelpar doses (ranging from 10 to 15 percent). However, the largest effect was seen with placebo, with a mean relative change of 21 percent. “[This was] an unexplained decline … and there was no significant difference between groups,” said Harrison.

By week 52, there was an irregular pattern in the changes in LFC, with a marked decrease of 21 percent with seladelpar 20 mg vs placebo. “[Moreover,] >40 percent of these patients had ≥30-percent reduction [in LFC],” noted Harrison.

“Seladelpar reduced LFC, but the primary 12-week endpoint was not met due to the placebo response … [Nonetheless,] the most important results … are the dose-ordered improvements in all measures of histology per end-of-treatment biopsy (week 52),” explained Harrison.

NASH resolution was observed more with seladelpar vs placebo, the greatest effect being seen in the 50-mg arm (26 percent vs 8 percent). The proportion of participants on seladelpar 10 and 20 mg who achieved NASH reversal were 10 and 19 percent, respectively.

However, none of these findings were statistically significant, Harrison pointed out, as the study did not enrol enough patients to demonstrate statistical significance for these histologic endpoints.

“[Nonetheless,] all patients with a two-stage decrease in fibrosis occurred only in the seladelpar treatment groups,” said Harrison. Moreover, more than half of seladelpar recipients (57–67 percent) achieved ALT normalization at week 52, compared with only 19 percent in the placebo arm.

Robust improvements were also observed across all biochemical markers (ALT, AST, ALP, and GGT**), mostly in the range of 30–40 percent, through 52 weeks. Improvements in hs-CRP***, total bilirubin, triglycerides, and LDL-C were also evident, noted Harrison. “Dose-ordered increase in fatty acid oxidation and reductions in bile acid synthesis and circulating CK18, a marker of liver injury, was also observed.”

Although adverse events (AEs) were reported by 95 percent of seladelpar recipients, only 19 percent had grade ≥3 AEs. Serious AE rates with seladelpar were also low (2–9 percent). Only one seladelpar 50-mg recipient discontinued due to AE. “[These suggest that] seladelpar appeared safe and well-tolerated,” said Harrison.

“The potential use of seladelpar in NASH patients warrants further consideration, particularly in combination with other agents, [to ascertain] the complementary effect of multiple mechanisms of fat and lipid metabolism, inflammation, and fibrosis to improve outcomes [in NASH] patients,” concluded Harrison.