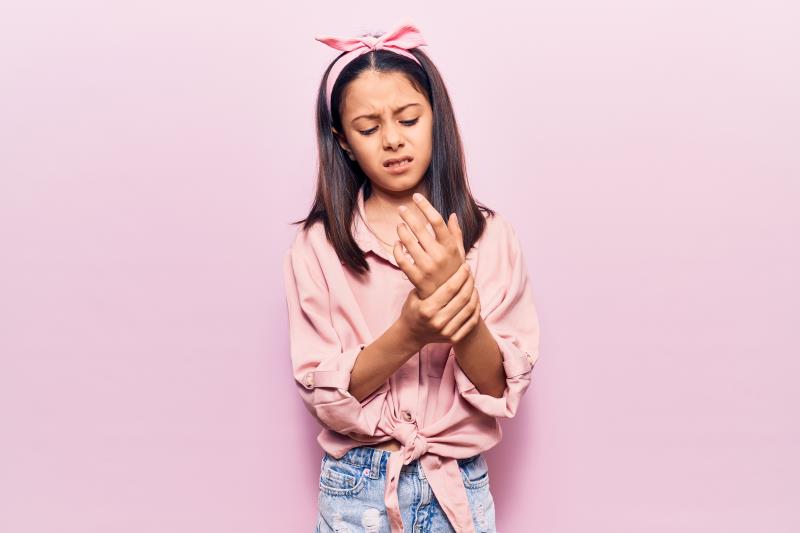 Treatment with the fully human anti-IL17 monoclonal antibody secukinumab resulted in fewer, and a longer time to, disease flares in children and adolescents with enthesitis-related arthritis (ERA) and juvenile psoriatic arthritis (JPsA), results of the phase III JUNIPERA trial showed.

Mean JADAS-27*** score at baseline was 15.1, while enthesitis count was 2.6. About two-thirds of patients were on concomitant methotrexate.

The risk of disease flare during TP2 was significantly reduced among patients who were on secukinumab compared with placebo (10 vs 21 flares; hazard ratio, 0.28, 95 percent confidence interval, 0.13–0.63; p<0.001), with a longer time to disease flare in the secukinumab group (median time to flare in the placebo group, 453 days). [EULAR 2021, abstract LB0004]

“[There was a] rapid decrease in JIA disease activity with JADAS-27 improvement starting at week 1 [during TP1],” presented study author Dr Nicolino Ruperto from the IRCCS Istituto G. Gaslini, Genova, Italy, at EULAR 2021.

“[During TP2,] most disease activity reduction occurred during the initial 4 weeks of secukinumab treatment, with improvements maintained until the end of TP1 and 2,” he added.

Adverse events (AEs) occurred at a comparable rate between the secukinumab and placebo groups (91.7 percent vs 92.1 percent), while non-fatal serious AEs were reported in 14.6 and 10.5 percent, respectively, throughout both the treatment periods. Eight patients discontinued treatment due to AEs, three and five in the secukinumab and placebo groups, respectively.  No deaths occurred in either treatment group.

“Secukinumab has demonstrated efficacy and safety in adults with PsA, ankylosing spondylitis, and non-radiographic axial spondyloarthritis,” said Ruperto and co-authors.

“[The present trial showed that] in children and adolescents with ERA and JPsA, secukinumab demonstrated significantly longer time to flare and [lower] number of flares vs placebo,” said Ruperto.

“The improvement in signs and symptoms was sustained until week 104 and the safety profile was consistent with the known safety profile [of secukinumab] from trials in adults,” he concluded.