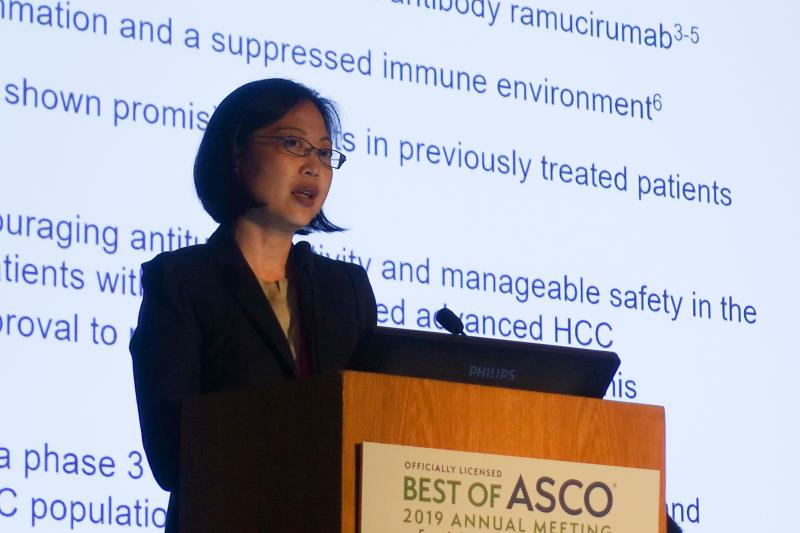 Pembrolizumab improved progression-free survival (PFS) and overall survival (OS) over best supportive care in patients with advanced hepatocellular carcinoma (HCC), according to the phase III KEYNOTE-240* trial, supporting its role as a treatment option for HCC in the second-line setting.

“Pembrolizumab reduced the risk of death by 22 percent and improved PFS over placebo in patients with advanced HCC,” said Dr Chee Cheng Ean from the National University Cancer Institute Singapore, who presented the findings at BASCO 2019.

A total of 413 patients with HCC and ECOG performance status 0–1, BCLC** stage B or C, and Child Pugh class A who were intolerant to or progressed on sorafenib therapy were randomized to receive pembrolizumab (200 mg Q3W; n=278, median age 67 years, 81.3 percent male) or placebo (n=135, median age 65 years, 83 percent male) in addition to best supportive care for up to 35 cycles.

Subgroup analysis for OS and PFS showed a trend favouring pembrolizumab in all subgroups analysed.

“The safety profile, including incidence of immune-mediated events and hepatitis, was similar to that of pembrolizumab in other tumour types; no hepatitis B or hepatitis C viral flares were identified,” said the researchers.

Following the study, 41.7 and 47.4 percent of patients in the pembrolizumab and placebo groups, respectively, had subsequent anti-cancer treatment.

One potential reason for the longer OS in the placebo arm in this trial compared with previous ones could be the exclusion of patients with main portal vein invasion, said Chee. She also noted that 10 percent of placebo recipients went on to receive anti-PD1 or anti-PD-L1 agents.