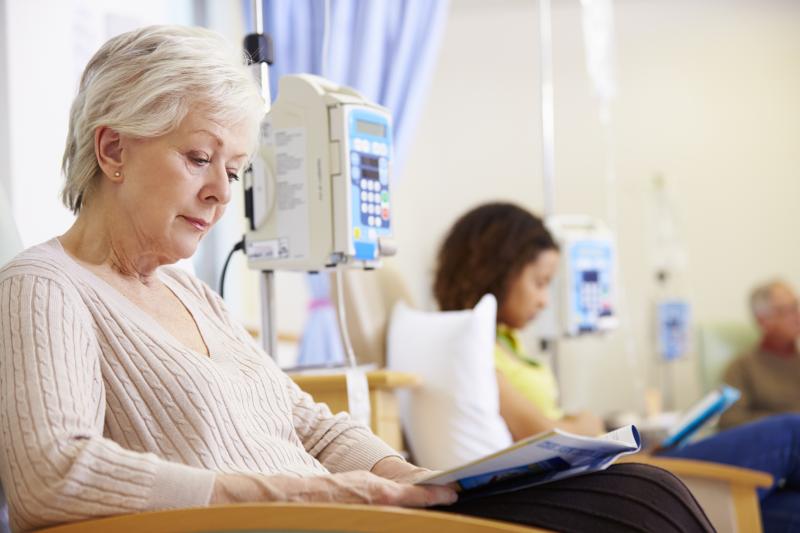 A new scalp cooling device appears to reduce chemotherapy-related alopecia in women with early-stage breast cancer, according to results of the SCALP* trial presented at the San Antonio Breast Cancer Symposium (SABCS 2016) held in Texas, US.

Results of an interim analysis demonstrated that 50.5 percent of patients (48 of 95 patients) who underwent scalp-cooling using the Orbis Paxman Hair Loss Prevention (OPHLP) device retained their hair compared with 0 percent (0 of 47 patients) in the control group (p<0.0001). [SABCS 2016, abstract S5-02]

A total of 54 grade 1 or 2 adverse events were reported, the most common being headache, nausea, and dizziness. Most patients using the device rated it as being “reasonably comfortable”.

Researchers initially planned to recruit 235 participants for this randomized, nonblinded, multicentre (seven sites in the US), prospective trial, with an interim analysis planned after 142 patients completed the trial to allow for early termination due to efficacy.

Between December 2013 and September 2016, women with stage I-II breast cancer who were scheduled to receive ≥4 cycles of neoadjuvant or adjuvant anthracycline- or taxane-based chemotherapy were randomized to the scalp-cooling or no cooling groups. The scalp-cooling device was worn 30 minutes before, during, and 90 minutes after each chemotherapy session. Assessment of alopecia was made at baseline and 2–4 weeks after each chemotherapy session. Women with a history of migraines, anaemia, hypothyroidism, and other uncontrolled medical conditions were excluded from the study.

According to Nangia, the participants will be followed up for 5 years to assess overall survival, cancer recurrence, and potential metastasis to the scalp.

“It is known that scalp cooling devices are more effective in preventing hair loss with certain types of chemotherapy such as taxanes. In SCALP, the hair retention rate with taxanes was 65 percent and with anthracyclines was 22 percent,” said Nangia, who advocated for further study into determining if this technique is applicable for other types of cancers and chemotherapy regimens.