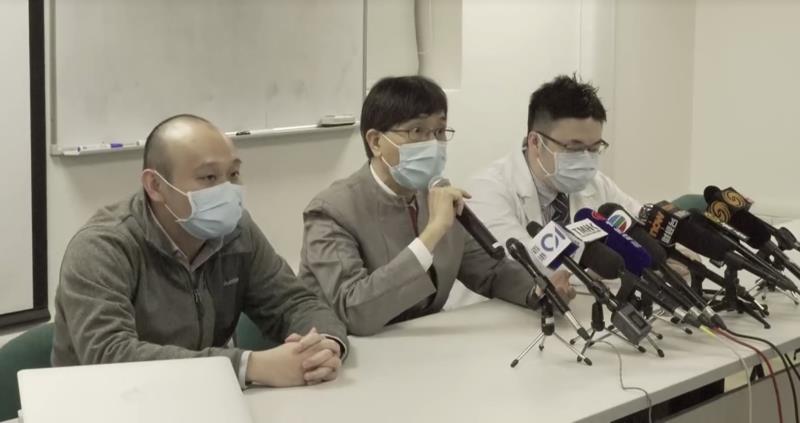 The severe acute respiratory syndrome coronavirus 2 (SARS-CoV-2) triggers much weaker innate immune responses than the 2003 SARS-CoV despite more efficient replication, according to a study conducted in ex vivo lung tissues donated by patients in Hong Kong.

The lung tissues, donated by six patients (mean age, 53 years; 50 percent male) who underwent wedge resection or lobectomy for lung tumour at the Queen Mary Hospital, were challenged in parallel by SARS-CoV-2 and SARS-CoV (as control). According to investigators from the University of Hong Kong (HKU), this ex vivo lung model provides a unique opportunity for side-by-side comparison of virological and host response characteristics that cannot be achieved with clinical studies in patients or with animal models. [Clin Infect Dis 2020, doi: 10.1093/cid/ciaa410]

“Our results showed that despite more efficient replication in human lungs, SARS-CoV-2 activated less expression of interferons [IFNs] and inflammatory mediators than SARS-CoV,” said Dr Hin Chu of the Department of Microbiology, HKU.

SARS-CoV-2-N antigen was consistently detected in higher abundance and in broader areas of lung tissues of all donors, with a 2.30-fold to 2.87-fold higher relative fluorescence intensity (p<0.0001 to 0.041), compared with SARS-CoV-N antigen.

Both viruses could infect type I and II pneumocytes as well as alveolar macrophages. However, the degree of innate immune activation was much lower with SARS-CoV-2.

While SARS-CoV infection resulted in significant upregulation of type I (IFNβ), II (IFNγ) and III (IFNλ1, IFNλ2 and IFNλ3) IFNs in the human lung tissues, SARS-CoV-2 infection did not significantly trigger the expression of any IFN at all evaluated time points.

Furthermore, SARS-CoV infection resulted in significant activation of 11 of 13 (84.62 percent) representative proinflammatory cytokines/chemokines. In contrast, SARS-CoV-2 infection led to upregulation of only five (38.46 percent) of these key inflammatory mediators.

“Our findings may explain the high viral load in respiratory secretions of patients with coronavirus disease 2019 [COVID-19] who have mild or no symptoms, as well as the high transmissibility of SARS-CoV-2,” said Dr Jasper Chan of the Department of Microbiology, HKU.

“These findings also suggest that using IFNβ as the backbone of cocktail therapy, together with antiviral therapy, is viable and reasonable in the treatment of COVID-19,” said Professor Kwok-Yung Yuen of the Department of Microbiology, HKU.

However, as viral load peaks in respiratory specimens of COVID-19 patients at the time of symptom onset, the investigators cautioned that antiviral therapy may not be very effective if given later than 48 hours after the onset of symptoms.

“High-dose corticosteroids and antagonists against major inflammatory mediators, such as interleukin-6, should only be used together with effective antiviral therapies to avoid oversuppression of innate immune response in COVID-19 patients, as SARS-CoV-2 is already suppressing the host innate immune response at the beginning of infection,” they added.

A limitation of the study is that short-lasting ex vivo human lung tissue explant culture cannot represent the effect of host systemic inflammatory response and adaptive immune response. Furthermore, the characteristics of different SARS-CoV-2 strains could not be studied in the ex vivo model due to the limited supply of human lung tissues.

Nevertheless, the findings highlight the importance of universal masking, in addition to hand washing and social distancing, as a key measure to control the spread of COVID-19 in the community, the investigators emphasized.