SAPIEN 3 better than ACURATE neo for TAVR in seniors 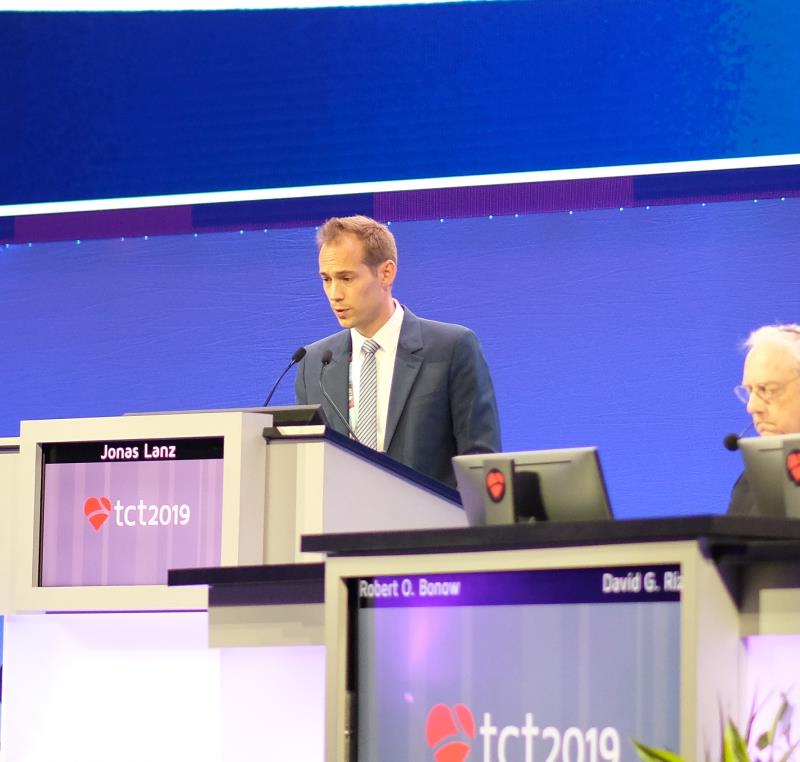 “TAVR has become indispensable as a treatment for severe aortic stenosis across the whole spectrum of risks,” said Jonas Lanz, MD, MSc, lead author of the study. “However, the generalizability of outcomes observed from the landmark trials to all commercially available systems is limited by differences in device properties.”

After 30 days, the rate of the primary endpoint was 24 percent in patients who were given the ACURATE neo valve, and 16 percent in those who received SAPIEN 3. The absolute risk difference of 7.1 percent did not meet the requirements for noninferiority (p=0.42). [Lanz J, et al, TCT 2019]

Disaggregation of the analysis according to the individual components of the primary outcome showed that, for the most part, ACURATE neo performed comparably to SAPIEN 3.

“The increased incidence of the primary endpoint in the ACURATE neo group was robust in per-protocol sensitivity analyses and was primarily driven by the increased proportion of patients with moderate or severe paravalvular prosthetic aortic regurgitation, as assessed by an independent echocardiographic core laboratory,” researchers explained.

In the present study, 739 eligible patients were randomly assigned to receive either the ACURATE neo (n=327; mean age, 82.6±4.3 years; 59 percent female) or SAPIEN 3 (n=367; mean age, 83.0±3.9 years; 55 percent female) device. Noninferiority of the interventions were assessed in an intention-to-treat population, with a risk-difference margin of 7.7 percent for the primary endpoint. A one-sided upper 95 percent confidence limit was set.

“As TAVR emerges as a valid treatment option for patients with severe, symptomatic aortic stenosis across all risk categories, high-quality studies comparing different TAVR devices are needed to provide sound evidence of the strengths and limitations of these devices, with the aim of optimizing device selection for individual patients,” said the researchers.

“The SCOPE I trial is one of the first studies to fill this important gap by reporting an early composite safety and efficacy endpoint to differentiate between devices,” they added.