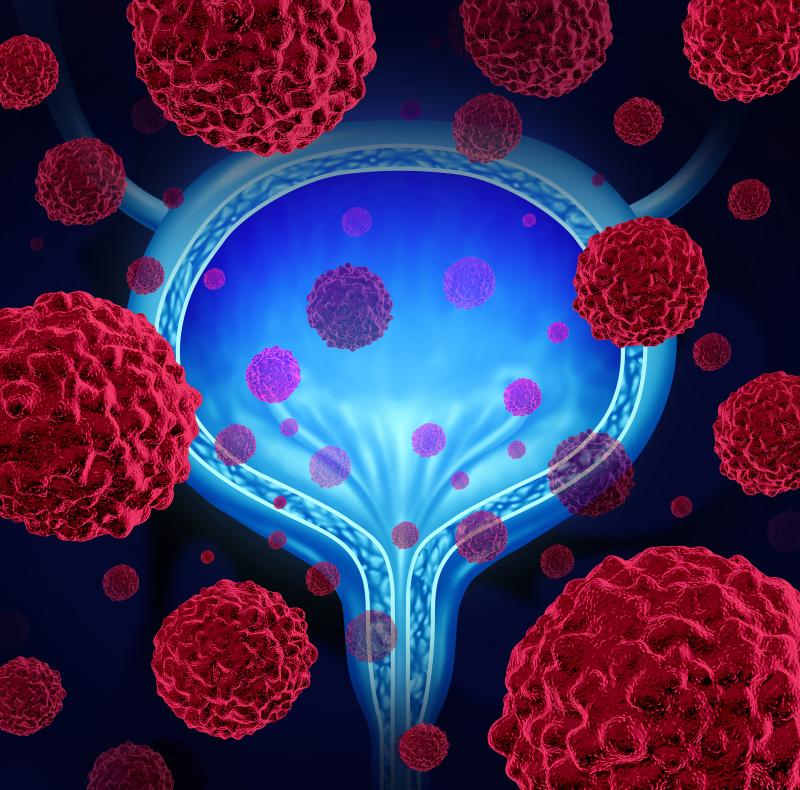 Sacituzumab govitecan, a novel investigational antibody-drug conjugate, showed clinical activity in patients with metastatic urothelial carcinoma (mUC) who had progressed following standard therapy, including treatment with checkpoint inhibitors, according to an early study presented at GUCS 2019.

Sacituzumab govitecan is an antibody-drug conjugate carrying the active metabolite of irinotecan, SN-38 linked to antibodies targeting Trop-2, an epithelial surface antigen overexpressed in urothelial cancer. According to Tagawa, sacituzumab govitecan is distinct from other antibody-drug conjugates in terms of its high drug-to-antibody ratio and that hydrolysis of the linker releases SN-38 not only intracellularly but also in the tumour microenvironment, thus killing adjacent tumour cells.

These patients had received a median of two prior treatment lines (range, 1–6), of which a majority had platinum-based chemotherapy (95 percent) and 38 percent had been treated with immune checkpoint inhibitors. Additionally, 73 percent had visceral involvement, including the liver (n=15) and lung (n=27).

Despite the unfavourable characteristics of these patients, treatment with sacituzumab govitecan yielded an objective response rate of 31.1 percent in the overall cohort (95 percent confidence interval [CI], 18.2–46.6), with complete response seen in 4 percent (n=2) and partial response in 27 percent (n=12) of patients.

Tagawa highlighted that most of the responses occurred early, at a median of 1.9 months, and lasted for a median duration of 12.9 months. Half of the responders still continued to show response at 12 months and beyond, with three patients having ongoing response at 17, 19, and 29 months, respectively at data cutoff.

The median progression-free survival was 7.3 months and overall survival was 16.3 months, after a median follow-up of 15.7 months.

According to Tagawa, sacituzumab govitecan was well tolerated, with manageable and predictable safety profile. “The most common treatment-emergent adverse events were neutropenia and diarrhoea, [which] was predominantly grade 1 and grade 2.”

To manage myelosuppression, granulocyte colony-stimulating factor was used in 24 percent of the patients. Adverse events leading to discontinuation occurred at a relatively low rate, and none of the events were due to neutropenia. No treatment-related deaths occurred during the study.

“Results from the Study-01 basket trial warranted further investigation in a dedicated phase II trial,” said Tagawa, who stated that the phase II TROPHY-U-01 has been initiated to study the effects of sacituzumab govitecan in mUC patients who have progressed despite treatment with platinum-based regimen or immune checkpoint inhibitors.