RYGB may be superior to LAGB for diabetes remission 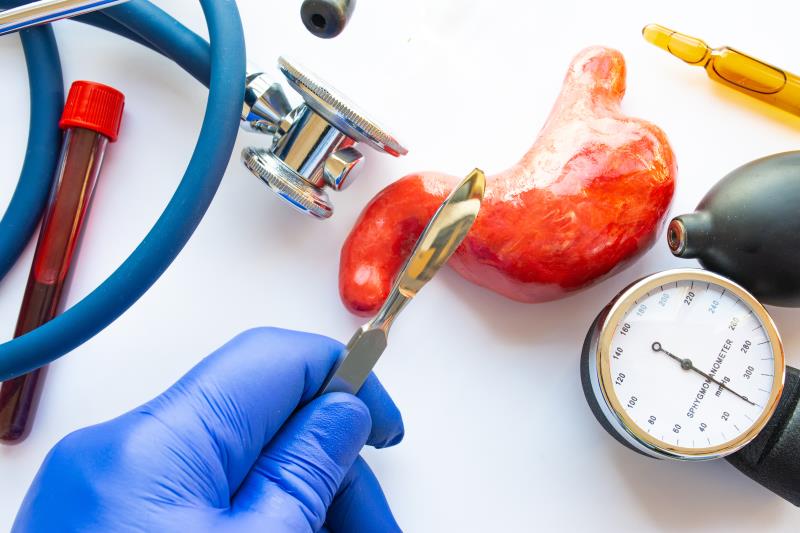 In patients with severe obesity and diabetes who undergo bariatric surgery, likelihood of diabetes remission may be greater if they undergo Roux-en-Y gastric bypass (RYGB) rather than laparoscopic gastric banding (LAGB) soon after diabetes diagnosis, according to the observational US-based LABS-2* study.

“If a patient with type 2 diabetes is considering weight loss surgery, choosing gastric bypass soon after diagnosis can increase their chance of remission or achieving a blood sugar level that does not need treatment,” said study author Dr Jonathan Purnell from the Oregon Health & Science University in Portland, Oregon, US.

Participants were 2,256 adults with severe obesity with or without diabetes who underwent RYGB (mean age at surgery 49.12 years, 74.73 percent female, mean BMI 48.06 kg/m2) or LAGB (mean age 53.24 years, 62.64 percent female, mean BMI 45.12 kg/m2) between 2006 and 2009. The 37 percent of patients with diabetes had HbA1c ≥6.5 percent or fasting glucose ≥6.9 mmol/L, self-reported current diabetes with use of diabetes medication, or were previously hospitalized for diabetes complications.

Patients with diabetes were more likely to choose RYGB than LAGB (78 percent vs 22 percent). The two groups had comparable diabetes duration, HbA1c, frequency of diabetes medication use, and insulin resistance and secretion levels, though patients who underwent RYGB had greater waist circumference and body fat percentage.

Remission peaked 2–3 years post-surgery, then declined over the follow-up period, more prominently with LAGB than RYGB. In the RYGB group, this was driven by a reduction in complete remission** (from 51 to 46 percent [year 2–7]), with no difference in partial remission** (11 percent at both time points). In the LAGB group, both complete remission (from 22.6 to 16.9 percent) and partial remission (from 6.5 to 5.6 percent) declined.

After adjusting for between-group differences in weight loss, patients who underwent RYGB had greater likelihood of diabetes remission than those who underwent LAGB at all time points (adjRRs, 1.86 and 3.96 at years 1 and 7, respectively).

Diabetes prevalence reduced over time, regardless of surgery type, while incidence remained low.

“Our large study confirms the importance of weight loss on inducing diabetes remission, but also finds gastric bypass has benefits independent of weight. If we can understand what these benefits are, it could lead to new diabetes treatments,” noted Purnell.

“Our data also suggest that delaying bariatric surgery until patients have “failed” medical therapy is not optimal for patient care and should be reconsidered in current treatment guidelines or algorithms,” said Purnell and co-authors. However, they highlighted that these findings do not rule out the benefit of bariatric surgery in patients on insulin or with poorly controlled diabetes. Instead of remission, bariatric surgery in these patients may result in improved glucose control requiring fewer diabetes-control medications.