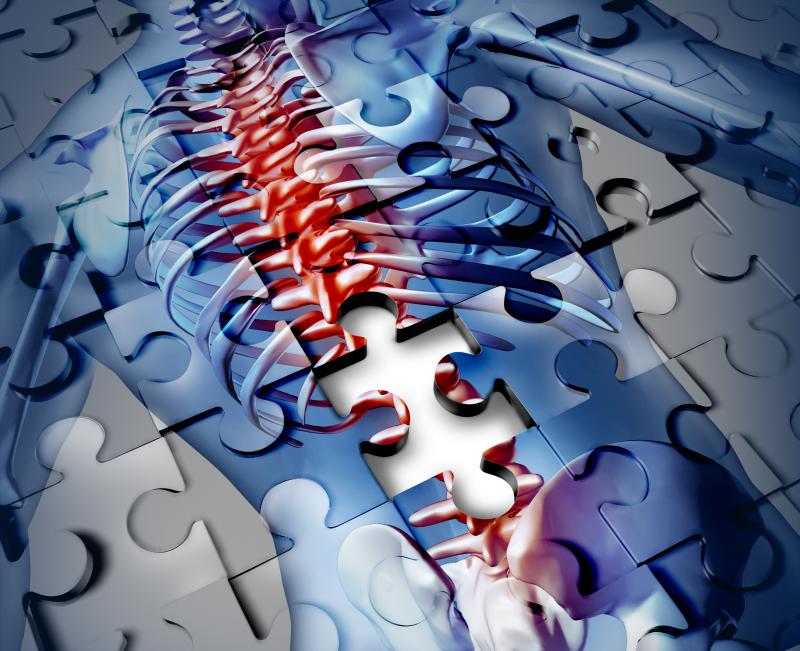 Romosozumab, a sclerostin monoclonal antibody, increased bone mineral density (BMD) of the hip and spine over 12 months of treatment compared with teriparatide in postmenopausal women with osteoporosis who were transitioning from bisphosphonates, according to the STRUCTURE* trial.

“Transition to a bone-forming agent is common practice in patients treated with bisphosphonates, such as those who [do not respond sufficiently and] fracture while on therapy,” said the researchers, who noted that the clinical benefits of one such bone-forming agent, teriparatide, has however been suggested to be blunted in patients previously treated with bisphosphonates.

“Our findings suggest that romosozumab might be an effective treatment option for patients at increased risk for fracture who are transitioning from oral bisphosphonate therapy.”

Additional assessment by quantitative CT revealed significant gains in cortical hip volumetric BMD with romosozumab at 6 and 12 months, as opposed to a decrease with teriparatide (p<0.0001 for both time points). Meanwhile, a significant increase in trabecular volumetric BMD from baseline was seen in both treatment groups.

“[The] directionally opposed changes [in cortical volumetric BMD] … mirror the bone-forming effect of romosozumab on the cortex and a catabolic effect of teriparatide, which is thought to be a result of increased cortical porosity,” said the researchers.

Increase in hip strength from baseline, by finite element analysis using engineering mechanics principles, was also greater in the romosozumab vs the teriparatide groups at 6 and 12 months (2.1 percent vs -1.0 percent and 2.5 percent vs -0.7 percent for each respective time points; p<0.0001 for both).

“The reasons for the larger gains in BMD and estimated strength with romosozumab might relate to its … dual effect [in] increasing bone formation and decreasing bone resorption,” suggested the researchers.

“Although the effects on fracture risk have not been established, the results of the study by Langdahl and colleagues suggest that the greatest benefits for hip BMD and estimated strength are obtained with a drug such as romosozumab that stimulates bone formation and inhibits bone resorption,” wrote Dr Juliet Compston from the Cambridge Biomedical Campus in Cambridge, UK, in a commentary. [Lancet 2017;doi:10.1016/S0140-6736(17)31824-X]

The multinational, open-label, parallel-group, phase IIIb study enrolled 436 postmenopausal women (mean age 71 years) with osteoporosis who had an areal BMD T score of ≤-2.5 at the total hip, lumbar spine, or femoral neck; previous fracture; and treated with an oral bisphosphonate for ≥3 years and alendronate the year before screening. The patients were randomized 1:1 to romosozumab 210 mg once monthly or teriparatide 20 µg once daily, both given subcutaneously.

Adverse events (AEs) occurred at a rate of 75 percent in the romosozumab group and 69 percent in the teriparatide group, with nasopharyngitis and arthralgia being the most commonly reported (13 percent vs 10 percent and 10 percent vs 6 percent, respectively). Hypercalcaemia occurred more frequently in the teriparatide arm (22 [10 percent] vs two [0.9 percent] cases), while more cases of hypocalcaemia were identified in the romosozumab arm (three cases vs none). None of the serious AEs (8 percent vs 11 percent) were judged to be treatment related.

Regulatory approval (including that of the US FDA) for romosozumab is still pending following new safety signal of serious adverse cardiovascular events in the ARCH** study.