Role of NOACs in stroke prevention for multimorbid AF patients 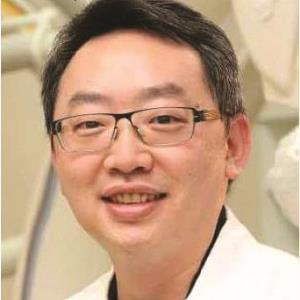 Optimizing stroke prevention in patients with atrial fibrillation (AF) should be carried out without compromising the common comorbidities. At an industry-sponsored webinar, Professor Tze-Fan Chao of the Taipei Veterans General Hospital in Taipei, Taiwan, discussed the advantages of using non-vitamin K antagonist oral anticoagulants (NOACs) vs the traditional vitamin K antagonist (VKA), warfarin, specifically in patients with AF and comorbidities, including the very elderly population (ie, >85 years of age), those with diabetes mellitus (DM), and those with renal dysfunction.

Burden of AF and comorbidities

NOACs preferred vs warfarin for stroke prevention in AF

In terms of stroke prevention in patients with AF who are eligible for oral anticoagulation, the guidelines recommend NOACs (ie, apixaban, edoxaban, dabigatran and rivaroxaban) vs VKAs, except in patients with mechanical heart valves or moderate to severe mitral stenosis (Class IA). [Eur Heart J 2021;42:373-498]

Advantages of NOACs vs warfarin have been demonstrated in a systematic review and meta-analysis of available observational real-world studies comparing apixaban, edoxaban, dabigatran and rivaroxaban vs warfarin in Asian patients with nonvalvular AF (NVAF). [Cardiovasc Drugs Ther 2019;33:701-710]

“These findings were consistent with findings of a prospective cohort study that compared the bleeding risk of rivaroxaban vs VKAs among French geriatric patients with NVAF aged ≥80 years,” said Chao. [Heart 2020;doi:10.1136/heartjnl-2020-317923]

“The results indicate that NOACs are the more favourable option for stroke prevention in older patients with AF due to comparable or better efficacy and safety vs warfarin,” commented Chao. “The significant risk reductions in both stroke and ICH associated with rivaroxaban makes it appropriate for very elderly patients, based on our data from Taiwan.” [Eur J Clin Invest 2021;e13488]

NOACs in patients with AF and DM

“Aside from assessing NOACs in terms of risk of major adverse CV events [MACE], reducing major adverse limb events [MALE] is also an important endpoint for patients with DM due to their high vascular risk,” stressed Chao. “We conducted a nationwide retrospective cohort study based on the Taiwan NHIRD to investigate the effectiveness, safety and risk of MALE of NOACs vs warfarin among patients with AF and DM.” [Cardiovasc Diabetol 2020;19:63]

“Looking at the individual NOACs, only rivaroxaban was associated with a significantly reduced risk of MALE, making it a valid option for patients with both AF and DM,” Chao noted. (Figure 3)

“NOACs, particularly dabigatran and rivaroxaban, may be associated with lower risks of adverse renal outcomes over time vs warfarin in patients with AF,” he explained. [Circulation 2019;140:e125-e151]

“In terms of drug metabolism, rivaroxaban and apixaban have lower renal clearance compared with other NOACs [approximately 35 percent for rivaroxaban, 27 percent for apixaban, 80 percent for dabigatran and 50 percent for edoxaban],” noted Chao. [Europace 2021;euab065]

“We also demonstrated in a retrospective study based on daily practice in Taiwan that renal function declines more slowly and is preserved better with rivaroxaban vs warfarin,” he added. [J Am Heart Assoc 2019;8:e013053]

NOACs are recommended and preferred vs warfarin for stroke prevention in patients with AF, including very elderly patients and those with comorbidities. [Eur Heart J 2021;42:373-498] Compared with other NOACs, rivaroxaban may be preferred for AF patients with comorbid DM due to the associated significant reduction in MALE vs warfarin, and for patients with renal impairment due to the associated lower risks of adverse renal outcomes over time. [Cardiovasc Diabetol 2020;19:63; J Am Coll Cardiol 2017;70:2621-2632; Circulation 2019;140:e125-e151; J Am Heart Assoc 2019;8:e013053]