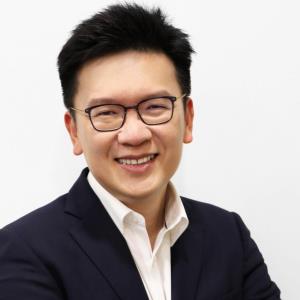 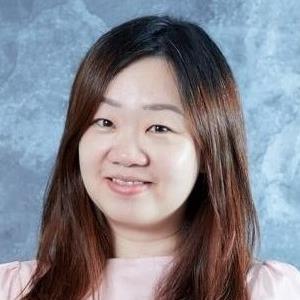 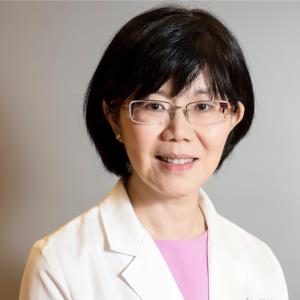 HRD: A milestone in PARP inhibitor development
Understanding of PARP inhibitors’ mechanism of action has increased over the past decade. [Ann Oncol 2019;30:1437-1447] “As a result, their use has extended from patients with germline or somatic BRCA mutations [BRCAm] to other types of HRD, beyond BRCA mutations,” said Poon.

In addition to BRCA1/2, multiple other homologous recombination repair genes are involved in the DNA repair process. When any of these genes acquire mutations, the repair process becomes compromised and HRD ensues. “Therefore, HRD has emerged as a biomarker that captures more patients who may benefit from PARP inhibitor treatment than BRCA1/2 mutation testing alone,” Poon continued. [Cancer Discov 2015;5:1137-1154]

“The data suggested that patients with HRD tumours had a higher response, longer PFS and better outcomes with PARP inhibitors” said Yeo.

The Myriad myChoice assay was approved by the US FDA for determination of HRD status in OC patients to predict PARP inhibitor response. The test not only detects BRCA1/2 variants, but also determines the Genomic Instability Score (GIS). [Br J Cancer 2021;125:7-14]

The GIS is an algorithmic measurement of the accumulation of HRD-related genomic damage. It is calculated from three components that reflect different types of tumour genome rearrangements, including loss of heterozygosity (LOH), telomeric allelic imbalances (TAIs), and large-scale state transitions (LSTs). [Br J Cancer 2021;125:7-14]. “The more extensive the genome damage, the greater the link to HRD,” explained Tan.

Apart from the Myriad myChoice test, several other assays can also be applied to determine HRD status and may have potential for clinical use. [J Pers Med 2021;11:612]

The GSS is a continuous score of 0–100, with a threshold of 50. A GSS ≥50 indicates HRD positivity, while <50 indicates HRD negativity. “A minority of patients [<10 percent] will have a borderline score, posing a challenge for oncologists to interpret the result. More support will be needed in these cases when making a treatment decision,” said Tan.

The performance of AmoyDx assay, along with other assays (ie, OncoScan, CytoSNP), has been validated by an independent German pathology laboratory. “Reassuringly, high concordance was still observed although these tests use slightly different approaches to analyze genomic instability,” commented Tan. An interim analysis of 47 samples showed that GSS developed by AmoyDx had a high concordance (86 percent) with the Myriad myChoice test by independent comparison. [Weichert W, et al, ESMO 2021, abstract 758P; Tan MH, 2021]

To determine gLOH status, a proprietary algorithm evaluates almost 9,000 SNPs across the genome, using a LOH fraction instead of segment concept. In other words, the methodology encompasses continuous and noncontinuous LOH SNPs, leading to a more stable LOH score.

The ACTHRD test was compared with the Myriad myChoice test using 46 samples. Out of these samples, 32 were classified as HRD-positive while 12 and 11 were classified as HRD-negative by Myriad myChoice and ACTHRD, respectively. ACTHRD and My Choice were unable to classify one sample each due to insufficient tumour purity. “Although we are using different algorithms for HRD calculation, the concordance between LOH score and GIS is very high [≥ 95 percent],” reported Poon. “The high concordance is also observed in BRCA1 and BRCA2 mutation status, including the detection of large genomic rearrangements in these genes.”

According to Poon, the gold-standard for HRD testing remains to be determined. Moving forward, the US FDA and several diagnostic and pharmaceutical companies are participating in the Friends of Cancer Research (FoCR)–led HRD harmonization project to better define HRD and parameters that contribute to the determination of HRD status (completed) and achieve assay alignment and clinical contextualization (ongoing). [https://friendsofcancerresearch.org/HRD] “The harmonization project will highlight assays that are less concordant,” said Tan.

Expanding the role of HRD testing

The GSS algorithm showed a good relationship of PFS and HRD-positive status in patients treated with PARP inhibitors. However, Asian data are lacking. Poon suggested that the local test platforms should showcase that good outcomes with the use of PARP inhibitors (ie, PFS, overall survival [OS]) are associated with HRD status in large-scale Asian cohort(s).”

“Across the mutational landscape of five different types of OC, the endometrioid type may be a candidate for HRD testing. Some retrospective analyses have evaluated the role of HRD testing in this type of OC, but we may have to wait for large-scale trials,” said Poon.

“For clear-cell ovarian cancer [CCOC], the mutational landscape is quite different, especially when CCNE1 amplification is mutually exclusive with the homologous recombination repair–associated mutations. In this case, the benefit of HRD testing in CCOC may not be as high as what we see in HGSOCs,” suggested Poon.

HRD testing and re-testing is relevant throughout the course of the disease. After having originally tested positive for HRD, some tumours undergo BRCA reversion, whereby they develop HRP and acquire resistance to PARP inhibitors. [Ann Oncol 2020;31:1606-1622; BMC Cancer 2021;21:1154] According to Tan and Poon, since BRCA reversion can be picked up on NGS assay, it is highly recommended that the patients take the HRD test again after commencing PARP inhibitor treatment, using the latest biopsy sample.