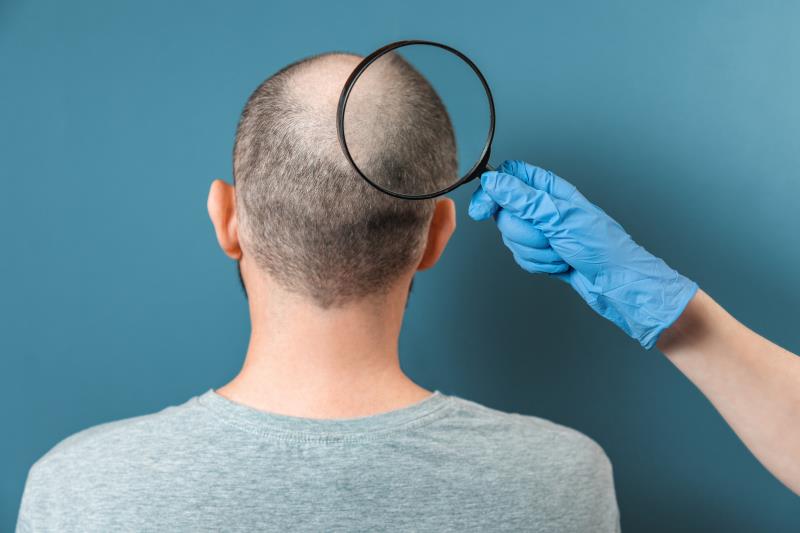 AA is a devastating autoimmune disease driven by the host’s immune attack on hair follicles, leading to hair loss on the scalp, or even face and body. “No treatments are currently approved by the US FDA or the EMA,” according to the researchers.

In the international, double-blind, phase IIb/3 study, 718 participants aged ≥12 years (median age ~34 years) with ≥50 percent hair loss on the scalp due to AA were randomized to ritlecitinib 50 mg, 30 mg (with or without a loading dose of 200 mg in the initial month), or 10 mg, or placebo for 24 weeks. The 10 mg dosing arm was added for dose-ranging assessment and not for efficacy vs placebo.

The secondary endpoint of SALT score ≤10 response rate at week 24 was also higher in the ritlecitinib group than the placebo group (p≤0.002 for all).

In addition, the rates of patient-reported outcome of Patient’s Global Impression of Change (PGI-C) response was also greater in those treated with ritlecitinib than those on placebo (p<0.001 for all).

Following 24 weeks of double-blind phase, the participants entered an extension phase for another 24 weeks — whereby patients initially assigned to the placebo group were re-randomized to active treatment with ritlecitinib 50 mg, with or without 200 mg loading dose in the initial 4 weeks of the extension phase. Patients initially on ritlecitinib in the double-blind phase continued with their regimen during the extension stage.

The rates of SALT score ≤20 and ≤10 response continued to climb during the extension phase, across all intervention groups.

The safety profile of ritlecitinib was consistent with previous findings. Adverse events (AEs) occurred in 82 percent of the participants overall while serious AEs were reported in 2 percent of patients, with similar rates across all groups.

The most common AEs included nasopharyngitis (14 percent), headache (14 percent), and upper respiratory tract infections (10 percent). There were eight cases of mild-to-moderate herpes zoster in the ritlecitinib group, one case of pulmonary embolism and two breast cancer cases with ritlecitinib 50 mg. No opportunistic infections, major adverse cardiac events, or deaths were reported. Overall, AEs leading to discontinuation occurred in 14.5 percent of participants, with similar rates across all treatment arms.

As the researchers explained, ritlecitinib is a first-in-class covalent kinase inhibitors highly selective for JAK3. Preclinical studies showed that ritlecitinib was capable of blocking the activity of immune cells and signalling molecules known to contribute to hair loss.

It is also being studied for other autoimmune conditions such as rheumatoid arthritis, vitiligo, ulcerative colitis, and Crohn’s disease.