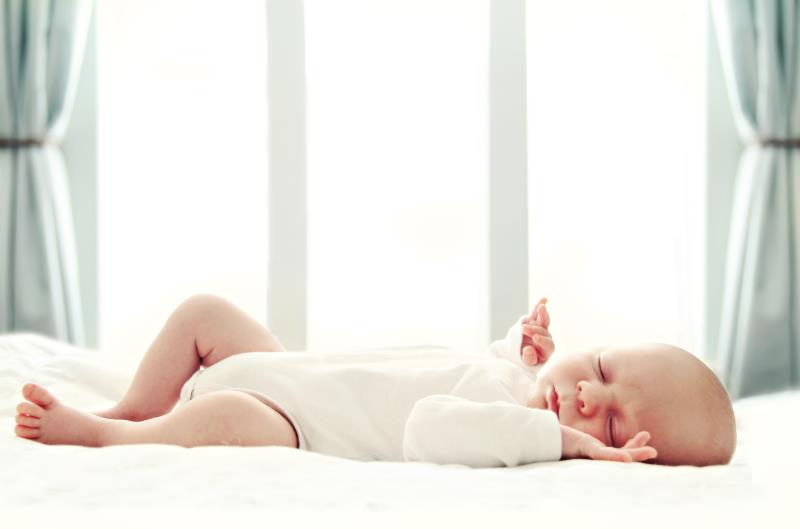 “Type 1 SMA is a severe, progressive neuromuscular disease. Untreated infants fail to achieve major motor milestones and typically die before the age of 2,” said Professor Laurent Servais from the MDUK Oxford Neuromuscular Centre at the University of Oxford, UK.

After 1 year of treatment, 29 percent of the infants (p<0.0001, based on the prespecified performance criterion of 5 percent) met the primary endpoint of sitting without support for at least 5 seconds, reported Servais. [AAN 2020, abstract P8.011]

“Without treatment, children with Type 1 SMA are never able to sit without support at 12 months,” he highlighted.

The global, multicentre, open-label FIREFISH study enrolled infants aged 1–7 months with Type 1 SMA and two SMN2* gene copies. SMA is caused by reduced levels of SMN protein due to deletions and/or mutations in the SMN1 gene. While a second gene, SMN2, codes for a functional SMN protein, the levels produced are only very low.

Compared with natural history of the disease, treatment with risdiplam led to substantial improvement in event-free survival. Ninety-three percent of the infants were still alive and 85 percent were event-free after 12 months of treatment. The median time to reaching death or permanent ventilation for these infants was not estimable due to lack of events, compared with a median time of 10.5 months (90 percent confidence interval [CI], 8.1–13.6) in natural history.

There were also significant gains in HINE-2** motor milestones after 12 months: 78 percent of the infants responded to treatment based on the HINE-2 scale (p<0.0001, prespecified response criterion=12 percent), which included measures on head control (76 percent), sitting (62 percent), standing (22 percent), and walking (2 percent).

Similar improvements in motor function were seen on the CHOP-INTEND*** scale, with 90 percent of the infants achieving ≥4 points increase in CHOP-INTEND total score at 12 months (p<0.0001, prespecified performance criterion =17 percent).

Specifically, more than half of the infants (56 percent) achieved a CHOP-INTEND score of ≥40 at 12 months (p<0.0001), a feat that was rarely seen in children with type 1 SMA in natural history, according to Servais. Also, infants treated with risdiplam saw a median improvement of 20 points from baseline in CHOP-INTEND scores, compared with a steady decline over time in untreated infants in nature history.

Among the infants who were still alive at 12 months (n=38), 95 percent maintained the ability to swallow and 86 percent were able to feed orally. This was in contrast to those in a natural history cohort, in which all infants with type 1 SMA older than 12 months required feeding support.

Almost half (49 percent) of all infants did not require hospitalization up to 12 months. Hospitalization rate was 1.3 per patient-year (90 percent CI, 1.02–1.65), compared with a rate between ~4.2 to 7.6 hospitalizations annually in natural history.

Importantly, there were no drug-related adverse events (AEs) leading to treatment discontinuation. The most frequent AE was upper respiratory tract infection, with pneumonia being the most common serious AE. Nonetheless, the incidence of serious pneumonia declined by approximately half between the first and the second 6-month periods, observed Servais. There were no drug-related ophthalmologic findings, whereas skin events were nonserious and resolved with ongoing treatment.

It is an experimental drug which has been granted priority review by the US FDA late last year and is currently pending a decision.