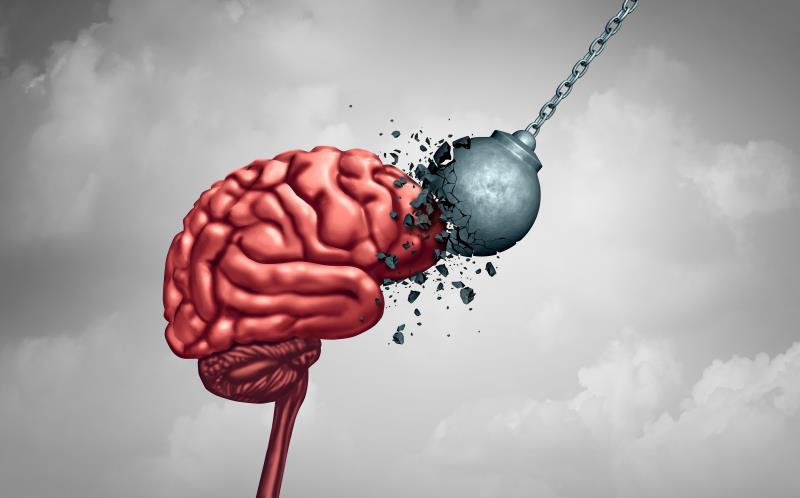 A single oral dose of rimegepant offers rapid, sustained pain relief for the acute treatment of migraine, thus allowing early return to normal function without the need for repeat dosing or rescue medications, results of three phase III studies presented at the AHS 2020 Meeting have shown.

“Two of the most frequent complaints about acute treatments for migraine are that relief takes too long and relief does not last for the duration of an attack,” said presenting author Dr Jelena Pavlovic of Montefiore Headache Center in Bronx, New York, US.

The orally disintegrating tablet (ODT) formulation of rimegepant showed rapid onset of action in pain relief — as early as 15 minutes after dosing — which was sustained through 120 minutes, she reported. [AHS 2020, 1st Jul session]

ODT rimegepant uses a proprietary fast-dissolving technology — the relatively rapid Tmax (1.5 hours) of the 75 mg ODT may translate into early onset of action, explained Pavlovic. In addition, the relatively long half-life of 10–12 hours may confer sustained benefits in acute treatment.

For the pooled analysis, three phase III, double-blind, multicentre trials with identical design involving 3,507 adults (mean age 40 years, 86 percent female) with a mean history of 4.6 moderate-to-severe migraine attacks per month were included.  They were randomized 1:1 to use 75 mg rimegepant (tablet in two studies and ODT formulation in another study) or placebo to treat a single migraine attack with a single dose of medication. Rescue medications were allowed after 2 hours of dosing.

Consistent with the individual trials, more patients in the rimegepant arm achieved the coprimary efficacy endpoints of pain freedom (20.1 percent vs 12.2 percent) and freedom from the most bothersome symptom (MBS; 36.4 percent vs 26.6 percent) than those on placebo at 2 hours after dosing.

In particular, subanalysis of the ODT formulation showed that rimegepant 75 mg was effective over placebo in relieving migraine pain as soon as 15 minutes after dosing. The difference between groups reached statistical significance at 60 minutes (p<0.05) through to 120 minutes (p<0.0001) after dosing.

Additionally, rimegepant ODT also showed greater efficacy than placebo for multiple endpoints within 2 hours of dosing, including pain relief (36.8 percent vs 31.2 percent) and ability to function normally at 60 minutes (22.3 percent vs 15.8 percent), as well as freedom from pain (15.1 percent vs 7.3 percent) and MBS (27.4 percent vs 21.5 percent) at 90 minutes.

“A single dose of rimegepant without repeat dosing or rescue medications demonstrated rapid and sustained efficacy in the acute treatment of migraine,” Pavlovic concluded. “[Also], rimegepant was well tolerated, [with] tolerability and safety [that] were similar to placebo,”