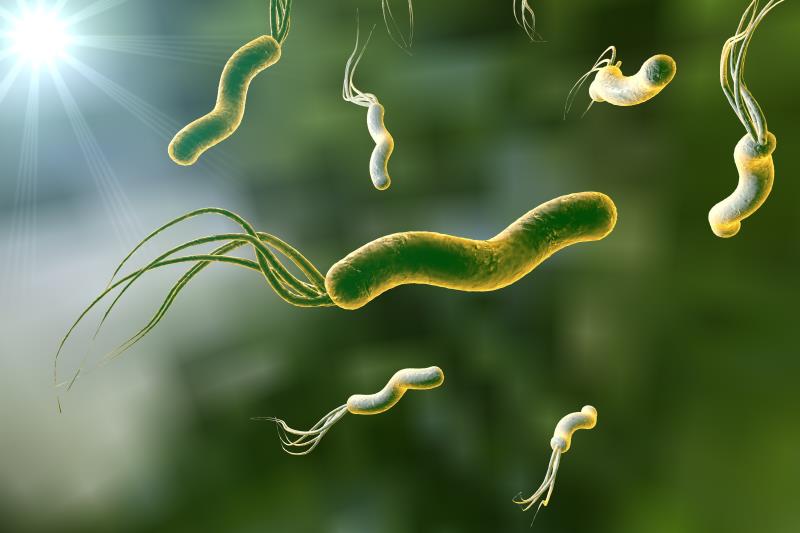 “RHB-105 proved highly effective and superior to the active comparator,” said the researchers. “The tolerability of RHB-105 was favourable, with high adherence and an adverse event (AE) profile similar to that of the comparator group.”

The improved efficacy of the RHB-105 vs dual therapy regimen was consistent in the analysis of confirmed treatment adherent participants (90.3 percent vs 64.7 percent; p<0.001), and among patients with resistance to one or a combination of metronidazole, clarithromycin, or amoxicillin (81.2 percent vs 56.1 percent; p<0.001).

Among the 345 patients with susceptibility data available, treatment failure occurred in 99 patients, 27 and 72 in the RHB-105 and dual therapy groups, respectively. There was no resistance to rifabutin.

Treatment adherence to both regimens was high at a mean of 97.5 and 97.9 percent in the RHB-105 and dual therapy groups, respectively.

“Recent consensus statements have recommended either bismuth quadruple or concomitant therapies (proton pump inhibitor, amoxicillin, clarithromycin, and metronidazole) as empirical therapies in regions where resistance has undermined the effectiveness of traditional or standard triple therapies,” said the researchers.

However, these strategies are limited by adherence and tolerability issues with bismuth quadruple therapy and ineffectiveness of concomitant therapy in the face of resistance to both clarithromycin and metronidazole.

“[T]hese findings support the proposed use of RHB-105 as a new first-line empirical treatment strategy for H. pylori,” noted the researchers. However, they noted that the adoption of this regimen is dependent upon other factors such as cost, availability, adherence, and treatment success.

A notable limitation was the exclusion of Asian patients from the study, due to their increased risk of reduced omeprazole metabolism due to cytochrome P450 2C19 polymorphism. However, analysis of this non-Asian study population did not reveal any variations in efficacy or safety based on this polymorphism, said the researchers. They called for further research in Asian populations and real-world analysis of the RHB-105 regimen to establish the findings of the present study.