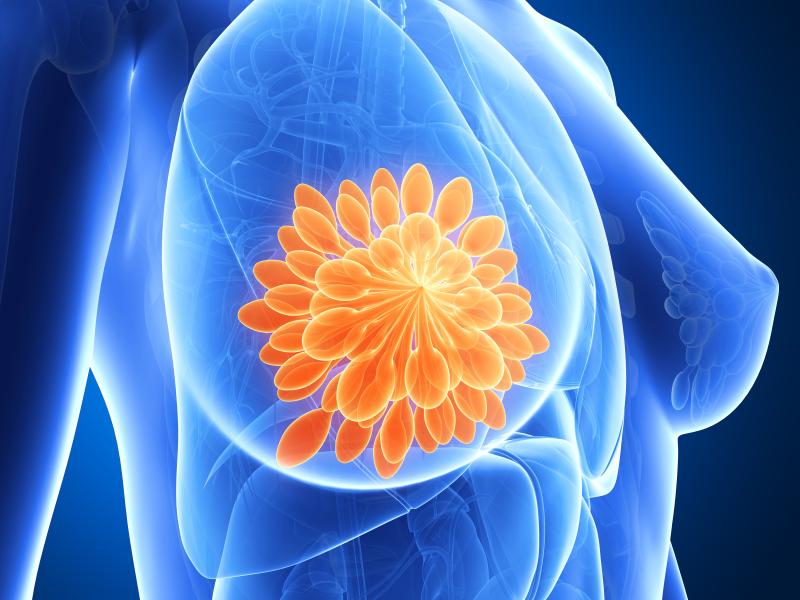 “Ribociclib and fulvestrant may represent a new therapeutic option in this subtype of advanced breast cancer, both for patients receiving treatment in the first-line … [and] second-line setting[s],” said lead author Dr Dennis J. Slamon from the University of California, Los Angeles (UCLA) Medical Center in Santa Monica, California, US.

This phase III, double-blind trial involved 726 post-menopausal women (median age 63 years) with HR+/HER2- advanced breast cancer who were randomized in a 2:1 ratio to receive oral ribociclib (600 mg/day on a 3-week-on, 1-week-off schedule) plus intramuscular fulvestrant (500 mg on day 1 of each 28-day cycle) or placebo plus fulvestrant (fulvestrant only group). Tumour response assessments were performed every 8 weeks for 18 months and subsequently every 12 weeks. [ASCO 2018, abstract 1000]

When 40 percent of the patients were randomly assessed by the BIRC***, results also showed improved PFS among women in the ribociclib + fulvestrant group over the fulvestrant only group (median, not reached vs 10.9 months, HR, 0.492, 95 percent CI, 0.345–0.703).

In a subgroup analysis of PFS by prior endocrine therapy status, a significantly better PFS rate was observed among women on ribociclib + fulvestrant compared with those on fulvestrant only in the first-line (defined as treatment naïve for advanced breast cancer; median PFS, not reached vs 18.3 months, HR, 0.577, 95 percent CI, 0.415–0.802) and second-line setting (defined as up to one line of prior endocrine therapy for advanced breast cancer; median PFS, 14.6 vs 9.1 months, HR, 0.565, 95 percent CI, 0.428–0.744).

The overall response and clinical benefit rates were also significantly higher among patients who received ribociclib + fulvestrant vs fulvestrant only (32.4 percent vs 21.5 percent; p<0.001 and 70.2 percent vs 62.8 percent; p=0.020, respectively), though these findings are still immature, said the researchers.

“The efﬁcacy results seen here for treatment-naïve advanced disease as well as those from other studies of CDK4/6 inhibitors in HR+/HER2- breast cancer supports the study of ribociclib in early HR+/HER2- disease,” said Slamon.

“Additional analyses from the study may help further elucidate mechanisms of resistance to endocrine therapy and CDK4/6 inhibitors,” he added.

**MONALEESA-3: Study of efficacy and safety of LEE011 in men and postmenopausal women with advanced breast cancer