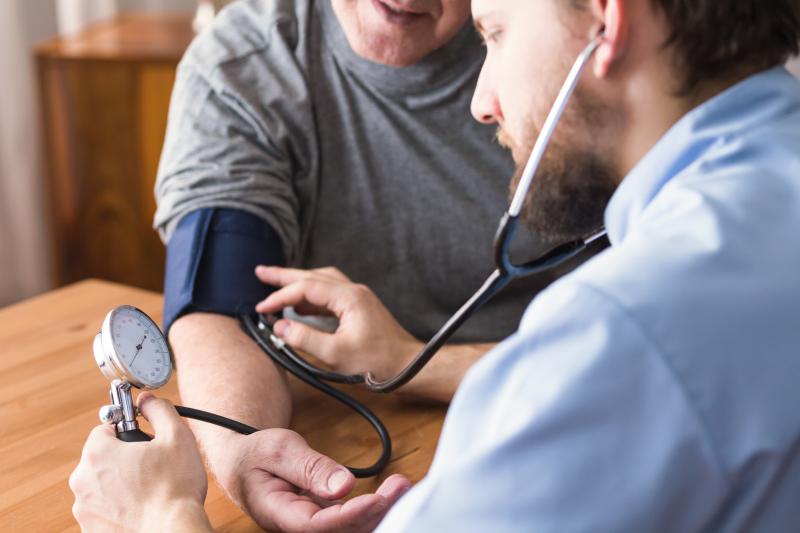 The latest hypertension guideline released by the American College of Cardiology (ACC) and the American Heart Association (AHA) states that a systolic blood pressure (BP) of 130 mmHg or diastolic of 80 mmHg is classified as hypertension but a specialist begs to differ.

Currently, other bodies that develops hypertension guidelines such as the National Institute for Health and Care Excellence (NICE), European Society of Hypertension/European Society of Cardiology (ESC/ESH) and 8th report of the Joint National Committee on Prevention, Detection, Evaluation, and Treatment of High Blood Pressure (JNC 8) have not revised their definition of hypertension; all the guidelines still uses the cut-off point of 140/90 mmHg, said Professor Abdul Rashid Abdul Rahman, visiting professor at the Cyberjaya University College of Medical Sciences, who was speaking at the 15th Annual Scientific Meeting of the Malaysian Society of Hypertension (MSH). In the local setting, the guideline that has been drafted by the MSH and awaits submission for approval by the Ministry of Health, recommends sticking to 140/90 mmHg as the definition of hypertension.

A good definition of hypertension is the one found in the 2012 Sudan hypertension guideline, which defined hypertension as that level of arterial BP associated with doubling of long-term cardiovascular (CV) risk and evidence from clinical trials showed unequivocally that reducing BP below that level improves clinical outcome. In line with that, when evaluating recommendations by guidelines, it is necessary to examine the evidence used to form the recommendation, said Abdul Rashid.

The main trial used as reference for the ACC/AHA’s revision was the findings of the SPRINT (Systolic Blood Pressure Intervention Trial) trial, he said. The study published in 2015 showed a target BP of <120 mmHg in non-diabetic patients at high risk for CV events resulted in lower rates of fatal and non-fatal major CV events and death from any cause, compared to a target BP of <140 mmHg. [N Engl J Med 2015;373(22):2103–2116] Besides the SPRINT trial, a study by Lewington et al were also quoted by the ACC/AHA guideline, he noted. [Lancet 2002;360(9349):1903–1913] The study showed a linear relationship between BP and CV mortality from 115/75 mm Hg onwards.

It is important to factor in implication for patient management when redefining BP targets, said Abdul Rashid. Despite recommending a lower BP definition for hypertension, the ACC/AHA did not recommend pharmacological therapy for hypertensive patients with low CV risk and stated that pharmacotherapy is only to be initiated if the BP remains at 130/80 mmHg after a period of non-pharmacological intervention. Nevertheless, there is no clinical trial to support this, he noted. Citing the findings of the Heart Outcomes Prevention Evaluation (HOPE)-3 trial, he said patients with systolic BP of ≤131.5 mmHg did not have CV benefits when treated with antihypertensives.

The SPRINT trial is not a suitable justification for the change in BP definition because the entry systolic BP was 140 mm Hg and participants were high risk patients with more than 90 percent already on antihypertensives—average of two drugs, explained Abdul Rashid. Although BP is the main contributor to CV events and overall mortality, recommendation on BP definition should be based on unequivocal evidence that bringing it down to below that level will reverse CV events and is safe, he emphasized.

As for patients with medium and high risk of CV events, the target BP remains <130/80 mmHg, he noted. In the SPRINT trial, patients >75 years of age did well with aggressive intervention and this may encourage many to recommend a lower target BP for elderly patients. However, that finding came from a sub-analysis, and diabetics and post-stroke patients were excluded from the SPRINT trial. More holistic research is necessary before treatment targets can be revised, he concluded.